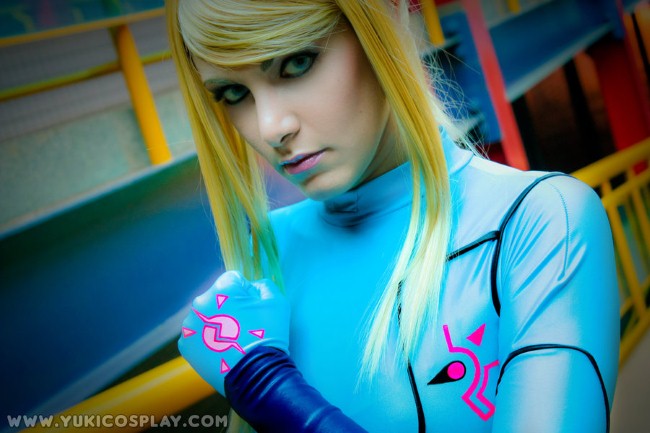 Meet Samus Aran, one of the earliest female protagonists in video game history. Metroid broke the mold by giving the players a female hero in sci-fi gaming. Samus quickly became a fan favorite and remains so today. Everyone is familiar with her Power Suit, but there is more to see than just a girl in armor. Gamers fell in love with Samus, the ex-Galatic Federation soldier turned bounty hunter, as they progressed through the Metroid series to complete missions and uncover more about this character. In a world where most women in video games wore very feminine clothes or minimal ‘armor’, Metroid introduced us to this heroine in a unique way. It wasn’t until the end of the first game, created in 1986, that the identity of the bounty hunter was revealed to be a woman. She broke ground in the gaming industry in the 1980s and is considered to be one of the most iconic females in gaming history. Several cosplayers have brought Samus to life from the video games. However, cosplayer Yukile Fay is one of few to bring us both her Zero Suit and her Power Suit. She cosplays Samus Aran perfectly from her piercing eyes to custom crafted Hand Blaster. Take Down Shinra with this Cloud and Tifa Cosplay Duo