The Chobit Freya Comes to Life in Amazing Cosplay 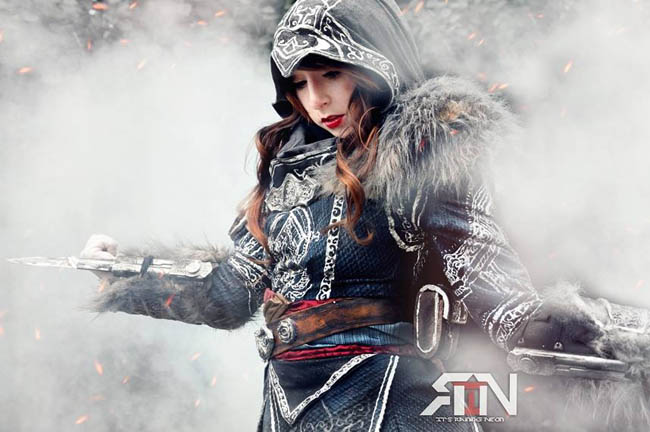 At this point in 2015 it may be a bit trite to say that someone has swag. That said, Ezio Auditore da Firenze has swag. Swag to spare. The best kind of swag. The kind that makes women (and men) want him, and men (and women) want to be him. Ezio is the second playable Assassin in Ubisoft’s iconic Assassin’s Creed franchise. The Assassin’s Creed franchise is one where a new game (or two) generally comes out once a year. Even though there have been several successors to Ezio, many would say that’s he’s still the best Assassin of the bunch. He’s certainly the most popular. Ezio first appeared in Assassins Creed II, where, as a youth, he was yanked from his life of ease after the execution of his father and brothers at the hands of Templar conspirators. After killing the man responsible for their deaths, a confused and vengeful Ezio begins a journey to free Italy from Templar control. While rebuilding the Assassin Order almost single-handedly, Ezio breaks the Templar dominance in Italy (as told in Assassin’s Creed: Brotherhood). In his later years, Ezio begins his search for Altair’s library in Masiyaf (as in AC: Revelations). After discovering Altair’s piece of Eden, he decides to retire from the Assassin order to live a more peaceful life. The character of Ezio, and the chronicling of his life, have received much critical acclaim. We could talk all day about how cool and badass Ezio is. Let’s shift gears and talk about this insanely cool and badass cosplay by It’s Raining Neon. Making a full Assassin costume takes some serious skill, and It’s Raining Neon certainly has it, and then some. What you’re looking at here is an expert cosplayer showing incredible technical and artistic prowess. This is Ezio’s full costume from Assassin’s Creed: Revelations, and it’s his most complicated costume of the bunch. Everything here is top notch, from the hidden blades, to the armor, and detailing, and even the fur pieces. It’s Raining Neon never forgets the little things, either, like adding Ezio’s scars to her makeup. Capping it all off is awesome photography and editing. This is pro work, and pure joy for every fan of the sexy, swaggering, Italian Assassino.