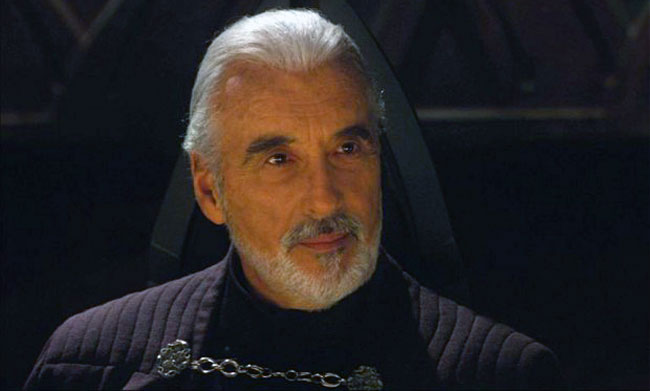 Farewell to the White Wizard: Christopher Lee Dies at 93

It is indeed a sad day for moviegoers and geeks of all ages. The great Sir Christopher Lee, famous for his roles in The Lord of the Rings and Star Wars, has died of respiratory issues at the age of 93.

Born in Westminster in 1922, Lee has appeared on film since the 1940s and has over 280 acting credits on IMDb. He gained attention in the 60s starring as Count Dracula in the Hammer Horror films and continued playing villains for the duration of his career. Modern audiences recognize him mostly for playing Dooku in the Star Wars prequels and Saruman in both The Lord of the Rings and The Hobbit trilogies.

Lee has also played a James Bond villain, Sherlock Holmes, co-starred in the 1973 horror classic The Wicker Man and played a villain in the TV series The Young Indiana Jones Chronicles. As evidenced by his Star Wars and LOTR roles, his career never slowed down with the turn of the 21st Century. In addition to these major franchises, Lee has also worked with Tim Burton on Charlie and the Chocolate Factory and The Corpse Bride, in addition to appearing in films such as The Golden Compass and Hugo.

In a 2013 interview with The Guardian, Lee had this to say about his career:

“Making films has never just been a job to me, it is my life. I have some interests outside of acting – I sing and I’ve written books, for instance – but acting is what keeps me going, it’s what I do, it gives life purpose.”

Beyond his devotion to his art, Lee was also a WWII veteran, husband, father and many other things. As a tribute to his insurmountable legacy, please see our picks for the Top 5 Epic Roles of Sir Christopher Lee.