Fight off a Cold with this Nurse Akali Cosplay 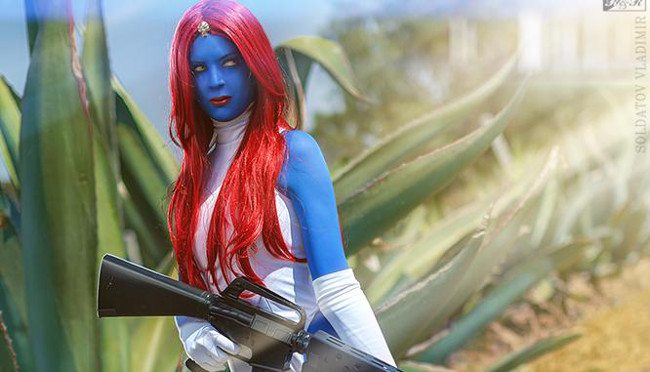 Take a look around you, a close look at every person you think you know personally. Do you really know them, and I mean REALLY know them? If a shapeshifter were to take over that person’s physical appearance and replicate their voice down to their mannerisms, would you know it isn’t them? Shapeshifting is a dangerous ability, especially left in the wrong hands. If they were to take that person’s appearance, you might not ever know and who knows what they might be trying to gain for their own personal agenda. When it comes to dangerous shapeshifters, Mystique is no stranger. Though her general appearance is a blue humanoid, she could take the appearance of anyone or anything, and produce from her own cells and identification or item that would be necessary to keep that identity as true to the real person as possible, which is just what she does. Mystique has climbed the ranks in the US Department of Defense, organized the third regeneration of the Brotherhood of Evil Mutants and often found herself against the X-Men and Avengers multiple times. We’ve found ourselves face to face with a foe that wields both the superhuman strength and beauty of Mystique in the flesh, the strikingly gorgeous Rei-doll. Head to toe, Rei-doll has taken the classic blue-skinned appearance we have come to be familiar with and combining it with a white dress, elbow length gloves and white thigh highs. And what could be more intimidating than a golden belt made of skulls? Possibly that she used her cells to form one hefty gun. This is one villain you don’t want to find yourself in combat with.