Swing Around Town with this Silk Cosplay

Gnar Cosplay is Sweet and Sophisticated 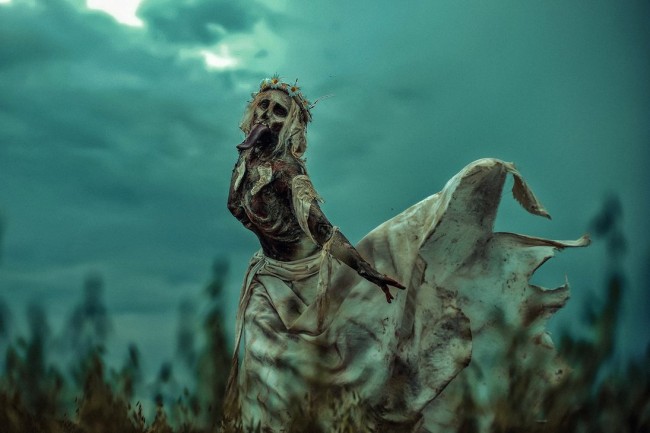 Come Away With This Haunting Noonwraith Cosplay

Noonwraiths, according to the lore of The Witch 3: Wild Hunt are vengeful spirits of young girls and women who died violent deaths before their wedding night. They appear as sun-scorched women swathed in long white robes. Noonwraiths are strongest during the day when the sun is at its highest point. Their souls wander the fields searching for their unfaithful lovers and rivals, and kill anyone who is in their path. They are connected to the living world by an object of emotional significance, such as a wedding ring or a torn veil. Noonwraiths haunt rural places and prey on peasants working in the fields or their children playing nearby. Cosplayer Elena Samko has brought her immense talent to craft an incredibly realistic Noonwraith cosplay. The special effects work and costuming in tandem are nothing short of a masterpiece. As terrifying as she is beautiful she looks like she floated right out of the fields of the game into our world. Wearing long, dirty torn robes and a crown of flowers, with her macabre sunken eyes, she beckons all unfortunate souls who are near to join her lethal dance in the fields. Wasp Cosplay Will Brighten Your Day