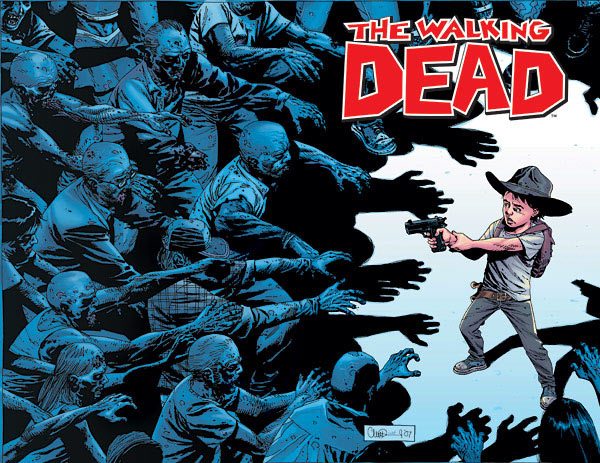 This year brings the tenth anniversary of creator/writer Robert Kirkman’s epic comic series, The Walking Dead. To commemorate the milestone, Skybound is partnering with Future US to create a slew of unique user experiences at the 2013 San Diego Comic-Con.

Among these epic experiences will be a booth featuring the debut of a custom 2013 Hyundai Veloster — also known as the “Zombie Survival Machine”.

In addition, booth visitors will have access to WalkingDeadChopShop.com, beginning on Wednesday, July 17. The web-based configuration tool will allow each fan to create his or her own unique Zombie Survival Machine design. Users’ designs will be entered into a contest, and the eventual winner’s design will be built and presented in October at the New York Comic-Con!

Other features available at the Future US booth will include zombie costume contests and makeup station, celebrity signings, Telltale Games’ The Walking Dead video game, and a variety of fan-centric social media events.

The Walking Dead had a huge presence at the 2012 Comic-Con, and it looks like this year’s TWD 10th anniversary celebration promises to bring even more amazing moments for fans of the comics and the AMC TV series.

San Diego Comic-Con International runs July 17-21. Be sure to follow our complete coverage of All That’s Comic-Con 2013!