Power Girl Cosplay is the Image of Justice

Ani-Mia Amps Up The Glamour as Lum 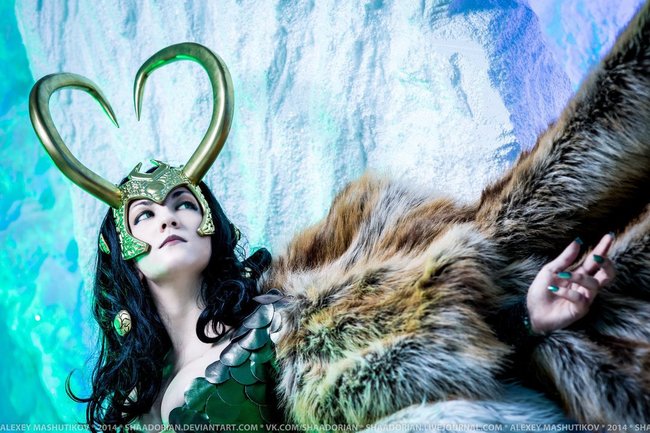 It has to be tough being Loki. Abandoned at birth, Odin himself decides to adopt him as his own son. If that wasn’t daunting enough for him, he feels as if he is always in the shadows of Odins prodigal son, Thor, who is naturally talented at everything he dips his Asguardian toes into. I guess in this sense it makes him the ultimate red headed step child of the Marvel universe. Though, as many fans of the character know, Loki is a very complex individual, and can be quite hard to read. The character Loki himself acquired a surprising fan following after the movie Thor came out in 2011. Loki embodied more emotion than the Avengers was able to portray, giving him a larger complex role. He’s ambiguous, we know he’s in pain, but at the same time he’s having a good time of making a mess of things. Plus, being played by Tom Hiddleston couldn’t hurt. NemoZoe looks as if she is Loki transformed. The ice maiden looks just as cool as her surroundings, so it’s a good thing she has that gorgeous cape to keep her warm. Her attention to detail is brilliant, in both the scales on her armor and the accuracy of her helm.