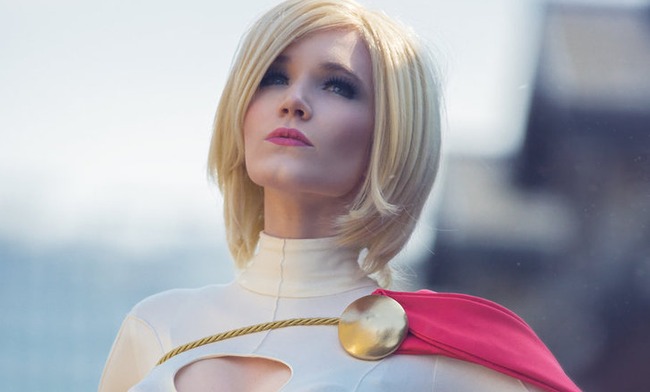 Power Girl, also known as Kara Zor-L, is a DC Comics superhero from the planet Krypton, along with her cousin Superman. Upon discovering that Krypton was about to explode, Kara’s father put his infant daughter in a ship to escape the destruction of their world. Much like Superman, the ship was bound for Earth, however Kara’s voyage lasted a great many years and she arrived on Earth a grown woman.

Possessing the power of flight and the super-human abilities of strength, stamina, vision, and hearing, among others, Power Girl is quite a worthy adversary. However, like all kryptonians, Power Girl has a weakness towards Kryptonite: rare shards of matter that resulted from the destruction of their home planet. Surine portrays herself like a born kryptonian. Her strength, determination, and power all shine through in her photographs. Surine’s knowledge of her characters attributes and her skill in the costumes construction, make for one brilliant cosplay.

Poison Ivy Becomes a Beauty in This Snow Clad Cosplay