This Lady Black Cosplay Makes for One Beautiful Assassin 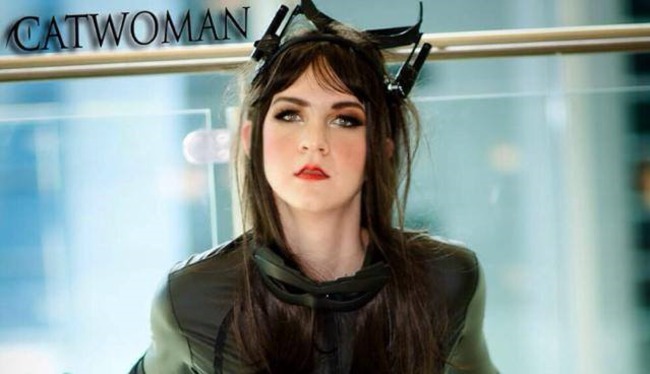 Some fictional characters reach a height of popularity to where they’re a part of popular culture. Others transcend that and, through years or decades, become truly iconic. DC’s Batman universe contains a number of such characters, not the least of which is Selina Kyle, a.k.a. Catwoman. Selina Kyle first appeared in the spring of 1940, in “Batman #1,” where she was known as The Cat and cast as an adversary to the eponymous hero. Her role in the universe has changed over the years, from a more traditional supervillian to a dark, classy antiheroine. It is the latter version of Ms. Kyle that modern culture knows best. Her sex appeal, cunning, ambiguous morality, and enduring (though ebbing and flowing) romance with Bruce Wayne/Batman has proved fertile ground for storytelling, with numerous incarnations of Catwoman appearing in comics, television, animation, cinema, and video games.

These many incarnations give cosplayers a deep well of inspiration and myriad costume options when portraying this iconic femme fatale. Here, Miss Dani Galaxy takes on one of the newest iterations of Selina Kyle, as played in Christopher Nolan’s The Dark Knight Returns by actress Anne Hathaway. Calling back to “Batman #1,” the character is never referred to as Catwoman in Nolan’s film…but we all know who she is. The sleek, form-fitting costume is indicative of Catwoman past and present, and Dani Galaxy wears it very well. Along with the full-body catsuit, the knee-high boots, elbow-length gloves, sable hair, and black mask give the cosplay and character a dark, alluring appeal. Best of all, Dani sports Selina Kyle’s signature goggles, which, when tilted up atop her head, give a strong impression of cat ears. Whether on her way to a heist in Gotham, about to beat up some baddies, or save Batman – and the day – Dani’s Catwoman cosplay looks ready for action. Written by Guest Contributor: GogoIncognito
[signoff2]
Hey cosplayers! Want a feature of your own? Submit your photos to our Tumblr page or attach them in an email to [email protected] for a chance to appear on our site!