Panty Cosplay Is The Coolest Angel

Everyday Epic Cosplay: Look as Angelic as Galadriel from The Hobbit

A Freddy Krueger Cosplay You’d Gladly Have in Your Nightmares 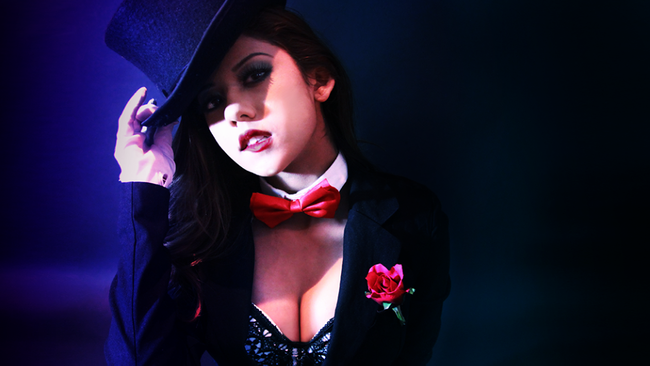 Comic Wednesday: This Zatanna Cosplay Will Put a Spell On You Everyone loves a good magician – whether they be the real deal or not. Luckily in DC Comics’ Zatanna’s case, she is both and much more than that. Not only is Zatanna capable of keeping audiences in awe with stage magic, but she’s truly skilled and quite the capable real magician as well, taking after her father in that regard. Not only does she have ties with Batman, knowing the vigilante from her childhood, but she also has connections with John Constantine and Timothy Hunter. Being the badass sorceress that she is, it’s not much of a shock that anyone would want to emulate such a personality. Sassmira is one of the cosplayers that chose to take on Zatanna, and she’s done a magnificent job with it. Handfuls of other cosplayers choose to add their own twists to the character, and Sassmira has done the same but in a way that’s above and beyond expectations. This Blair the Cat Cosplay is Purrfectly Stunning

Hey cosplayers! Want a feature of your own? Submit your photos to our Tumblr page or attach them in an email to [email protected] for a chance to appear on our site