League of Legends Week Day Three: The Wielder of Fire and Teddies, Annie! 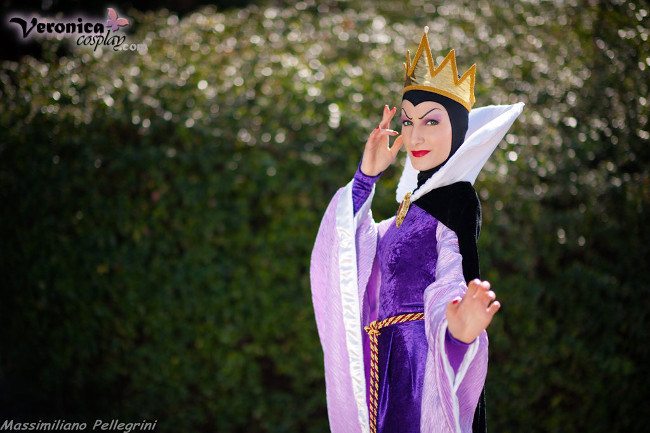 Cosplay of the Day: This Queen Grimhilde Cosplay is the Fairest of Them All

The story of Snow White and the Seven Dwarfs is an old one. It was first written down by the Brothers Grimm a long time ago, and has since been told by many people. Snow White and the Seven Dwarfs is the first Disney Classic and it premiered in 1937. The story of Snow White is the story of a young girl and her jealous stepmother, Queen Grimhilde, more commonly referred to as just The Queen. Every day she asks her magic mirror who the fairest in the land is, but when the mirror crowns Snow White the fairest, she sees no other solution than to kill Snow White. In Kingdom Hearts Birth By Sleep, Queen Grimhilde is an antagonist, but not a boss. Terra finds the Queen in the mirror chamber and asks for permission to use her mirror to find Master Xehanort. The Queen accepts, on the condition that Terra will find Snow White and cut out her heart. Terra returns to the Queen without a heart, and has to fight the magically transformed mirror. Later on she reappears, and again Terra fights the mirror, and not her. This amazing cosplay is done by Veronica Neri. The little touch of adding a mirror is the icing on the cake, and she looks absolutely stunning as the evil Queen Grimhilde. On her deviantART page she has many more wonderful cosplays!