An Elektra Cosplay That Will Send Shivers Down Your Spine

Get Blown Away by This Masane Cosplay 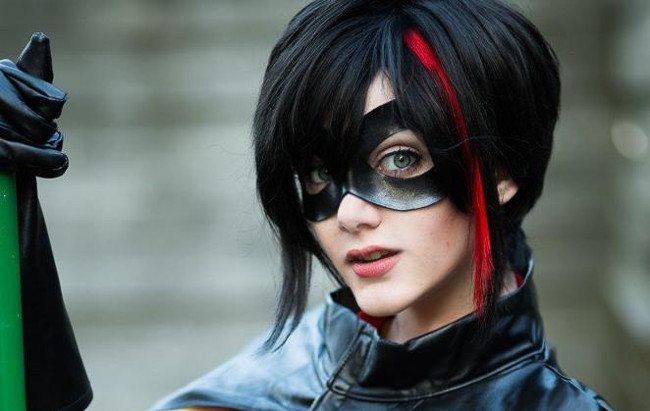 Cosplay of the Day: A Robin Cosplay that is Truly Heroic

Robin, always known as Batman’s sidekick, has been a familiar face in the comic book world for many years, and until very recently his look has not changed too much. However in 2012, DC Comics released some statuettes that have been getting much buzz about the community, causing them to create an entire comic book series about the characters and of course this sparked the interest of many cosplayers.

The Ame-Comi Robin is a sexy twist on the original boy wonder. The sultry sidekick is rumored to be Carrie Kelly, originally known as Carrie Gordon, who is related to none other than Barbara Gordon. However none of these rumors have ever been confirmed by anyone from DC Comics. So the identity of this female Robin remains a mystery. This cosplay by CalciumBomb is not only accurate but the quality is out of this world. From the oversized mask to the leather cape, this girl is rocking out a new version of an old hero. This cosplay has all the qualifications to be totally epic!

Gorgeous Tifa Lockhart Cosplay Will Knock You Out

Written by Guest Contributor: RennieStarks
[signoff2]
Hey cosplayers! Want a feature of your own? Submit your photos to our Tumblr page or attach them in an email to [email protected] for a chance to appear on our site!