You Would Be a Fool Not to Love This Franziska Cosplay 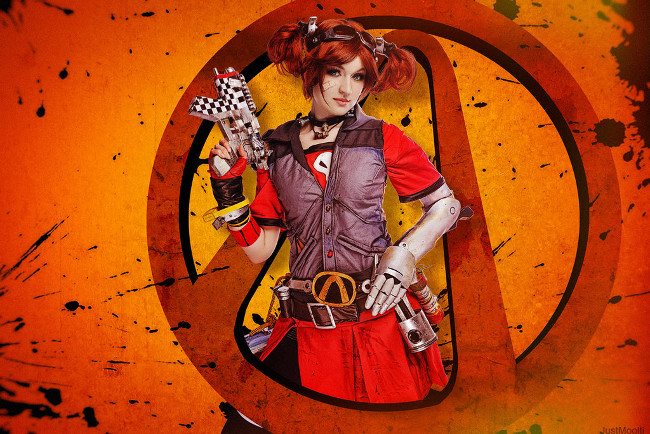 Cosplay of the Day: A Truly Badass Gaige The Mechromancer Cosplay

Epic guns for days, ferocious beasts, and crazy vault hunters only begin to scratch the surface of why Boarderlands 2 has become one of the most exhilarating action shooter games out there! Everyone has a favorite vault hunter who they enjoy raising hell with as they quest through barren lands of Pandora, however, if you have not yet started a game with the wild little firecracker who goes by the name of Gaige The Mechromancer—you should definitely consider doing so!

After all, who wouldn’t want to spend hours teaming up with a robot named Deathtrap who is ready to go on a robot rampage to defend his creator and best friend? Even without her trusty bodyguard, Gaige is one spunky and super intelligent girl who is so committed to her inventions that she is even willing to go as far as sawing off her own arm in order to make a cybernetic limb that can summon Deathtrap. Cosplayer love-squad has us taking a second look at our screens to make sure we are not currently playing Borderlands! She has done an amazing job at bringing Gaige to life for her fans to enjoy by nailing every detail of the young mechromancer’s punkish style; from her thick fiery red pigtails that are wrapped in leather, to her cybernetic arm that can smash through concrete, and even her epic black and white checkered torque gun, and we can see that love-squad has some serious love for playing as her favorite vault hunter. Love-squad took 3 months to meticulously create this fabulous cosplay before she teamed up with photographer JustMoolti to bring us these AMAZING photos that just might inspire you to create your own little mechromancer!