Black Cat Cosplay is a Stunner 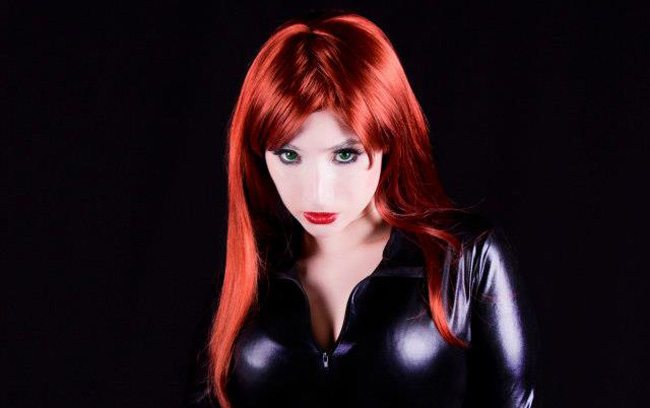 Natalia Romanova, aka the Black Widow, is a deadly assassin who outwits anyone that meets her.  One of international espionage group S.H.I.E.L.D.’s best spies, Black Widow uses her superb acrobatic agility and gun expertise to take down her enemies one by one.  Along with being incredibly athletic and strong, Natalia is able to be loveable, having relations with fellow Avenger Hawkeye along with Daredevil.  In all, she has multiple strengths physically and mentally, while still remaining beautiful and sexy.

When the Avengers was released in cinemas there was a boom in cosplays, and with Black Widow being the only woman of the group,  girls were drawn to her strength as she easily kept up with the men. There are many different versions of the Black Widow, but today we’re looking at her classic version by the awesome Kitty Honey. We are drawn in by her striking eyes, and with the sleekness of the costume, Kitty manages to be powerful and persuasive at the same time. For more on the amazing Kitty Honey, make sure to check out her Facebook and Twitter pages!