We’re Speechless About This Tallulah Cosplay from Meet the Robinsons 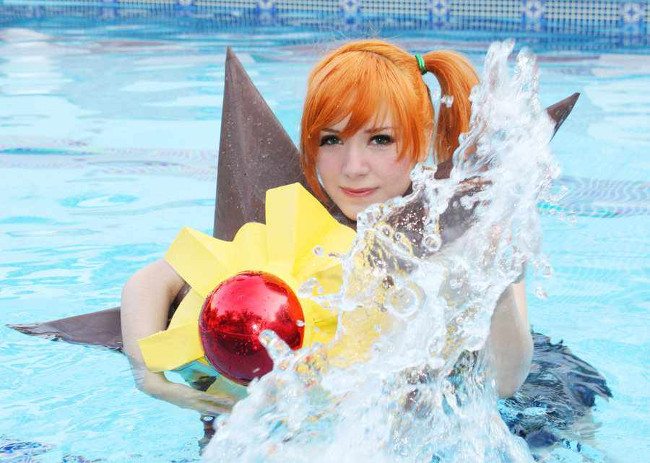 A Pokemon Cosplay of Gym Leader and Aquatic Trainer Misty

From the very well know anime series Pokémon, Misty is a very well know character. Her first appearance on “Pokémon! I choose you!”, introduced the young, bubbly girl. She is said to be the shadow of her two older sisters and has always wanted to make a name for herself. So, with her love of Pokémon training and aquatic creatures, she carried on with the idea of training water Pokémon. That’s sort of how she met Ash. One day while water fishing, she accidentally caught Ash and his Pokémon in a river! Ash is a very well knows protagonist of the Pokémon series. The two are said to have a small rivalry with each other after Ash “borrowed” her bike to save his popular Pokémon Pikachu from a flock of Spearow.

In the beginning, Misty was a bit hot-headed and went off on the slightest remarks, but after beginning her dream as a water Pokémon trainer and becoming a mother figure to her popular Pokémon Togepi, she calmed down. And, after her sisters called her to look after the Cerulean Gym, she soon became Gym Leader, showing off her fighting skills in official battles. This time Cosplayer Mappy Sánchez takes place as Misty, and her partner Jhon appears as Ash. Although Misty’s costume was quite simple, it is also a signature to Misty. Her outfit is unique, compared with her dark orange hair. But, the most important part is that Mappy well played the character of Misty. Misty can be a tomboy at times but also has a girly personality, and in Mappy’s photos, she well demonstrates the girly side of Misty though her poses. She also adds one of Misty’s other Pokémon, Staryu, to her photos, demonstrating that she is a water-type Pokémon trainer. This cosplay is one that symbolizes team work! It is always fun to cosplay any character, but cosplaying with a friend or team member is almost twice the fun! Any cosplay should fit to your liking as well as your friends, and if you two or even three have something in common then put it to good use! Cosplay can be very serious whether competing in contests or taking selfies in the bathroom mirror, but no matter what,  just remember to have fun and you too can be a Gym Leader like Misty.