Get Struck by Lightning With This Final Fantasy Cosplay! 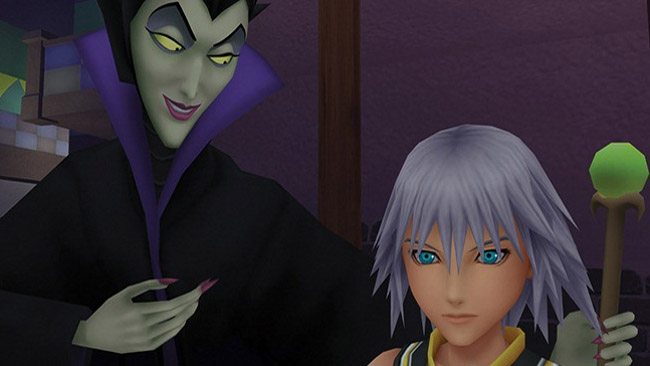 There has been a certain nostalgic buzz in the air the past week among fans of the Kingdom Hearts series with the release of Kingdom Hearts 1.5 HD ReMIX. We are all revisiting our favorite worlds, building massive gummi ships and taking down all of the Heartless that try to get in our way. For those of you that are playing the game for the first time or considering picking up the game, do not be fooled by the appearance of beloved Disney characters and the bubbly look of Sora and his pals. Kingdom Hearts may look innocent, but the game features some of the most sinister baddies ever, whether they are from your favorite Disney movie or perhaps a new villain unique to the Kingdom Hearts universe.

Kingdom Hearts features some of the toughest boss fights (hello, Olympus Coliseum is full of them! Hello, Sephiroth!), but one thing that always stood out to me was how vicious some of the evildoers in the game could be. The game certainly has some of the cruelest Disney villains and Heartless, so let’s take a look at the baddest of the bad, the most evil and sinister, top 5 wicked villains in Kingdom Hearts! Spoiler warning for those who haven’t played the game, but Riku has a really hard time walking the straight and narrow. Once he finally escapes the island, he runs into Maleficent who then uses his weak state of mind to manipulate him into joining Team Heartless by using his jealousy and his longing to save Kairi. While he is still skeptical of her intentions, he becomes her errand boy, eventually opening up enough to the darkness that Ansem takes him over, making him hunt down Princesses of Heart and be a royal pain in Sora’s ass for most of the game. Though he eventually realizes the error of his ways and begins fighting his possession by Ansem, it’s still pretty evil and twisted to turn against your best friend and even attack him when you both have the same end game, just because you can’t control your feelings. Sure, Ansem was controlling him a lot of the time, but it was Riku’s own jealousy and weakness that allowed that to happen in the first place, and it is pretty messed up that he would even play with the idea of hurting people long enough for Ansem to take over. It’s ok though, we forgive him. He wasn’t totally himself. This evil witch of the sea is one mean octopus. She acts as one of the conspirators trying to harness the power of the heartless, for her own personal gain, of course. Her main goal is to use the Heartless to take control of Atlantica from her mortal enemy, King Triton, often using her manipulative skills to trick his daughter Ariel into helping her get what she wants. What kind of monster tries to torture a sweet ginger mermaid?! Your first fight with her is not too bad, you take out her cauldron of magic, and once you defeat her she manages to muster up enough power to expand her huge fat but into a giant and you have to swim around whacking her face with your keyblade and magic until she succumbs to the darkness. It is one of the most frustrating and difficult boss fights of the game (You do have to swim around the whole time, which always makes things harder), but she is nothing Sora and his crew can’t handle. A literal hot head (he has fire hair, how do you even condition that?), Hades is an immortal God, Lord of the Underworld and he has a serious problem when it comes to keeping his cool. He spends his time in the game blackmailing characters, making deals that he may or may not have intentions of keeping Would he really help Cloud if he did his bidding?), and using the heartless to fight in his coliseum in an attempt to get rid of Hercules once and for all. In some ways he keeps the twisted club of villains together, seeing as he is the only immortal and the only one of the crew who doesn’t eventually succumb to the darkness because of his own selfish needs. He isn’t the toughest fight you have in the game, despite having the fires of hell to help him, but that is because he can control others so well that he doesn’t have to be. He has Sephiroth and a Rock Titan to handle his business. He continues to come after Sora and the others in every Kingdom Hearts, continuing to use all the power of the underworld and the Heartless to do his evil bidding. There is something so extremely unsettling about how soft spoken and proper Maleficent seems. She is like this creepy quiet before the storm, you just know that something terrible and evil is lurking underneath that dark yet beautiful façade, and of course there is. Her main goal is stealing Princesses of Heart in an attempt to open the door to Kingdom Hearts. She is second only to Ansem, though she eventually loses her cool and falls to the darkness herself, though not after a tough battle where she unleashes her inner dragon. Even though she believed herself the mastermind, she was nothing more than a pawn for someone even more sinister… This guy is such a prick. And I use the term “guy” loosely, because in reality he is just a heartless shell with a really complicated past and an obsession with the darkness and hearts and control. He is the ultimate evil dude in the game and he has no time for silly shenanigans. He has one obsession and that is the darkness. He believes worlds and hearts begin and end in darkness, therefore darkness is basically all that matters and is the true essence of the heart. So of course he wants every world and heart to be enveloped in darkness, with no regard for life whatsoever. He tries to destroy anyone and anything that gets in his way, and Sora and his keyblade are at the top of his list. He possess Sora’s best friend, steals Kairi’s heart and tries to kill her, and tries to destroy his home. He is one of the most difficult and drawn out battles in the game, due to his many forms and his constant summoning of heartless minions. He is all business and has a one track mind, and like most villains, that is what brings him to power and destroys him.

There you have it, our top 5 wicked villains from Kingdom Hearts! These terrorizing monsters have the blackest of hearts (or no hearts at all!) and they are what nightmares are made of for Kingdom Hearts fans everywhere. So go out and pick up Kingdom Hearts 1.5 HD ReMIX and take them down!