Sif Cosplay is Ready To Do Battle

Be Wary of this Street Fighter’s Poison Kiss 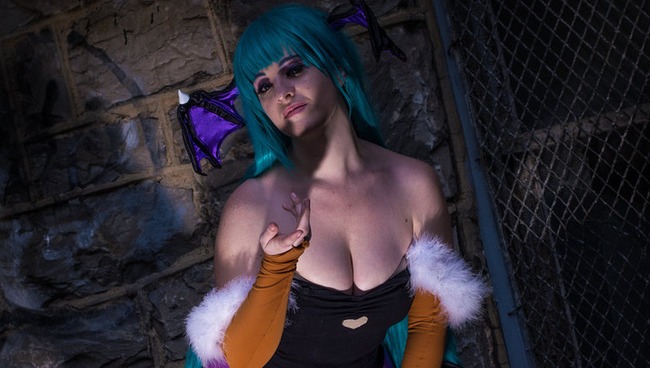 Born in 1678 in the highlands of Scotland, Morrigan Aensland is a sexy succubus from the Japanese 2D fighter game, Darkstalkers. She first appeared in Darkstalkers: The Night Warriors and is portrayed as an anti-hero alongside Demitri Maximoff. Morrigan’s powers were split into three by Belial Aensland which was then discovered later by Jedah Dohma and given as a body to Lillith. Within all the Darkstalkers, Morrigan was a very special Succubus and was born as an S class noble. She’s sexy, confident, beautiful and playful and unlike any other demons. She’s overly friendly and approachable. Despite her beauty and sexiness, which is apparent due to her spending most of her time in the material world enjoying hedonistic delights, she’s always out to satisfy her own hunger and shirking her responsibilities as a member of the Aensland family. There’s much to love about Darkstalkers cosplayers. They put so much effort into making gravity defying wings and embodying the alluring and sexiness of the Darkstalkers’ succubi. American cosplayer Ichigei Cosplay has put so much effort into crafting a gorgeous cosplay of the Scottish succubus, Morrigan Aensland, and looks every millimeter the sexy succubus that Morrigan is.