Catherine Just Got a Whole Lot Hotter with this Cosplay

Don’t Mess With This Epic and Powerful She-Hulk Cosplay 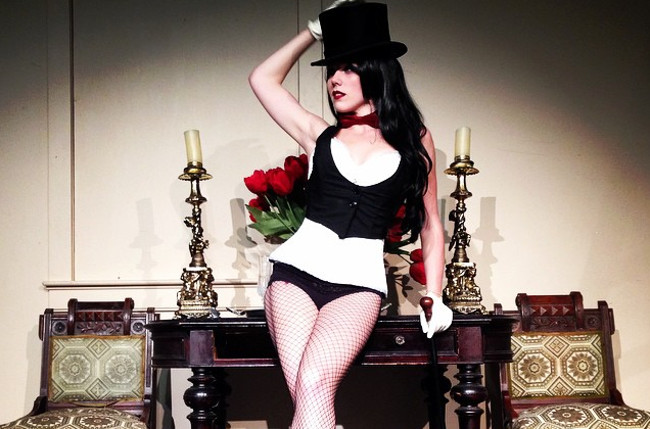 While Zatanna may seem like a mere parlor magician as she performs feats of magic on stage, she is much more than meets the eye. Not only is she a real magician with real magic, she is also involved with the Justice League. She has possession of various abilities, including being able to cast energy blasts or control elemental forces. While the limits of her powers have never really been established, she does rely on speaking to cast her magic, seemingly in a tribute to her father, who was also a magician. Another tribute to Zatanna’s father is her costume, taken directly from her father’s minus the slacks, instead, opting for fishnets and high heels. Cosplayer Makenzie Smith “Bubbles” becomes the talented sorceress with a slight of her hand. In a top hat and bow tie and holding a cane, she is ready to wow the crowd. In a white sleeveless shirt and vest, her sex appeal is through the roof. Makenzie casts a spell on us with her magical rendition of Zatanna.