This Harley Quinn Cosplay is Adorable and Spunky 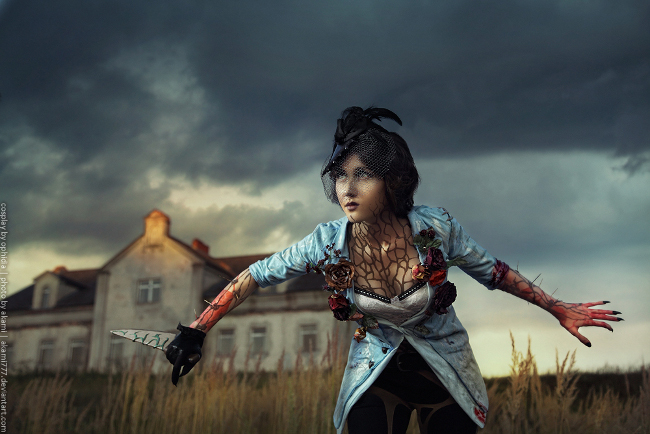 In the last DLC pack for Dishonored, The Brigmore Witches, the Witches themselves were explored more fully. Gaining their name by residing in the Brigmore Manor, the witches are the main antagonists of this DLC. Delilah Copperspoon, introduced in the previous DLC The Knife of Dunwall, is the head of the coven, giving the witches their powers and how they came to get their own DLC. Their abilities vary from firing projectiles to being able to create a force by screaming.When in combat, the witches resemble a hybrid plant-human, with green skin and plant adornments. While out of combat, they appear as normal humans with nature themed garments. Ketoh has so magnificently recreated one of the Brigmore Witches that it is awe-inspiring. She even has the most minute and meticulous details causing her to seem as if she just stepped out of the game. Sitting elegantly among the rabble of an old building, her face is covered in a netted veil. The jacket is adorned with flowers and her paints have the vine pattern on them. Veins are painted on her body and she has the thorny protrusions from her arms. Wielding a vine embellished dagger she is ready for action. Not only is Ketoh’s costume perfect, but the setting as well, really putting the viewer into the scene and the story she is portraying.