Editor’s Pick of the Week: Freddy’s Coming for Aurora in Courtoon’s Epic Cosplay!

Comic Cosplay Wednesday: This Supergirl Cosplay is More Than Super! 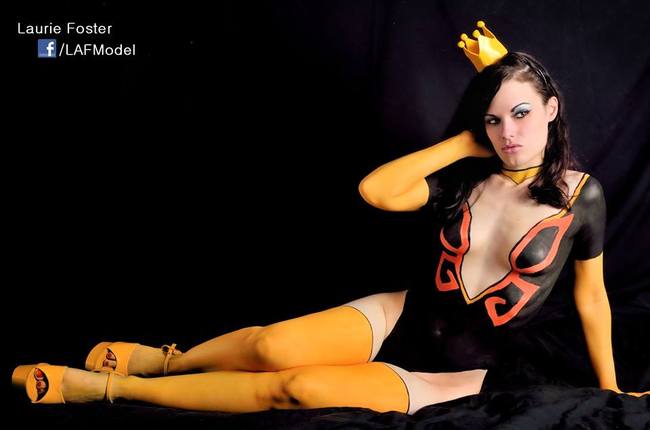 Dr. Mrs the Monarch in an Awesome Body Paint Cosplay! The professional sexy partner and wife of a super-villain of the animated Adult Swim series,the Venture Brothers, Dr. Mrs the Monarch is a veteran super villain who serves as second-in-command for a multitude of super-villains ans is also the holder of a Doctorates degree in an unnamed field. Also known as Dr. Girlfriend among other aliases, she’s also highly proficient in mechanics and general sciences. Dr. Girlfriend’s attractive appearance and intelligence, and her apparent “easy” reputation has resulted in her gaining a favourable notoriety among other superheroes in the Venture Bros. universe.

While many other superheroes have attempted to convince her to be their arch-enemy, Dr. Girlfriend remained true to her allegiance to the Monarch and refused to strike out on her own. Phantom Limb even acknowledged Dr. Girlfriend’s strength and determination, and her potential to be one of the greatest super-villains the world has ever seen. Whenever I watch the catch-up videos on YouTube from the most recent IMATS (International Makeup Artistry Trade Show), I am always drawn to and amazed continually by the body paint makeup and the work that goes into literally painting clothes and other garments to a persons body. It’s just magical! Laurie Foster is an amazing cosplayer and model with the awesome talent of body painting. Her Dr. Mrs the Monarch body paint cosplay is just fabuous and the work she’s put into painting a full bodysuit is awe-inspiring.

One Piece’s Perona in Whimsical Cosplay