SDCC: Pac-Man Championship Edition 2 Is Just Like The Last Game, And I’m Okay With That

This Katarina Cosplay is an Ace 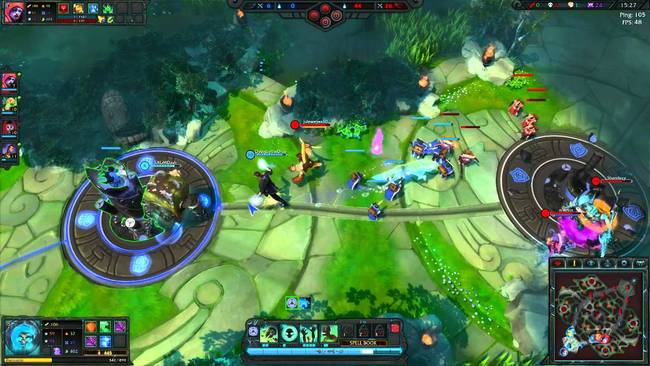 EA’s new multi-player online battle area, Dawngate, is currently in the community beta stages of its testing phase. Anyone who wants to join is able to download Dawngate and jump in.

Dawngate is particularly exciting as it is attempting to change the traditional aspects of the MOBA to make a more player-friendly game. This game allows players to separate their character from their role and play them essentially however they want to.

That’s not the only difference. Players will also see a new map style which runs two lanes instead of three, and has an absolutely massive jungle. There will be two teams on each map and in each conflict with five shapers on each team, but the most interesting aspect of this will be the end of the matches. Once the players have beaten the opposing team and their Guardian, they will be bestowed with ‘Blessings’. These blessings are awarded depending on how well the gamers have performed generally, as well as with specific links to their teamwork and sportsmanship. Hopefully this means that aggression and loutish behavior will be kept to an absolute minimum.

The lead producer Dave Cerra said; “We wanted Dawngate to look and feel like a true MOBA experience but add something fresh and new to the core design by offering a flexible meta to gameplay. We feel that giving players the freedom to tailor each shapers role to their own personal play-style makes a powerful impact in the overall experience and sets Dawngate apart”.

Lucky gamers who manage to attend PAX East in Boston this April 11-13th will be able to meet, greet and question the developers and find out about the Dawngate graphic novel, “The Dawngate Chronicles”, as well as meet the artist responsible, Nicholas Kole. Players who attend PAX will also get a bonus skin with their registration packs at the event.

For more information on the game and how to join in head to the official Dawngate website.