A Poison Ivy Cosplay That Will Make You “Phytophilous”!

Even Rogues Will Love This Rogue Cosplay! 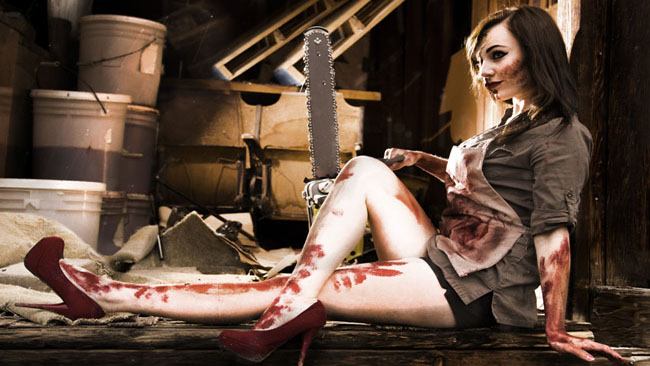 Halloween is right around the corner!  Halloween is any cosplayer’s favorite holiday, as they get to walk around in public as their favorite characters and it is totally acceptable.  It is also the time when we see a bunch of horror-themed cosplays hit the scene.  From Freddy to Jason or even the maniacal Chucky, we always love seeing cosplays of the infamous horror villains that have plagued the darkest depths of our nightmares ever since we were children.  Adding to the roster of scream-inducing villains is without a doubt Leatherface from the iconic horror franchise, Texas Chainsaw Massacre.  Yet, we have never seen him with a feminine touch, as cosplayer Megan Golden has done in her absolutely incredible cosplay. From Leatherface’s signature flesh mask, to the blood-soaked white apron, and of course, his handy dandy chainsaw, Megan is really to slaughter her poor, unsuspecting villains in stunning fashion.  We were amazed when we first saw this cosplay, which is why it is more than worthy of being dubbed this week’s Editor’s Pick.  Be sure to see more of Megan’s cosplay work at her Facebook and Twitter pages. Turn Up the Heat With This Lilith Cosplay