One Tank Girl Cosplay that Everybody Will Love 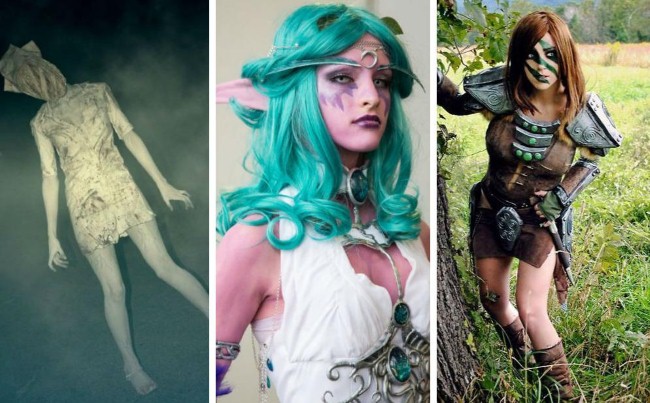 Most Epic Cosplays of the Week: Tyrande Whisperwind Mesmerizes Fans

Welcome to All That’s Cosplay’s Most Epic Cosplays of the Week feature, where we feature epic cosplays posted on our Tumblr that were given the most notes by you guys, the fans of all things cosplay.  This week we posted a wide range of cosplays, from popular characters from horror movies, to epic video game and Disney movie icons.  All of the cosplays posted this week proved to showcase an incredible amount of talent, but these select five are ones that truly stood out among the crowd.  Check out this week’s Most Epic Cosplays and see for yourself! Silent Hill is easily considered one of the most creepy and terrifying video games franchises in history.  There are a wide range of gruesome foes in the ash-ridden ghost town of Silent Hill, but none are more popular in the world of cosplay as the Nurse.  With a skin-tight outfit, gauzed face, nurse hat, and signature bone-creaking walk that all fans of Silent Hill will easily recognize, it is no wonder why the Nurse has become such a fan favorite.  Cosplayer KaiCosplay paid tribute in the best way that she knows how: through cosplay- and the end result is amazing! From Disney’s Hercules, the young and beautiful Megara was quite tough on her luck when it came to relationships- until she met Hercules.  Vowing to save him from the grasp of the devilish Hades, Megara proved that she was more than just beauty, and showed Hercules true companionship.  Although it has been quite a number of years since the release of Hercules, we still remember and love Megara for her adorable attitude and quick wit.  Cosplayer KoriStarfire portrays Megara perfectly, and is easily one of the best cosplays of her we have ever seen. The expansive open-world of Skyrim allowed us to meet quite a number of characters throughout our adventures, but Aela the Huntress is possibly one of our favorites, and surely a favorite in the cosplay community.  Proving herself to be a strong companion, players also have the option the marry the young huntress- and who wouldn’t want to marry this beautiful werewolf!  Cosplayed by the lovely April Gloria, Aela looks as stunning as ever, and is surely deserving of a spot as one of this week’s Most Epic Cosplays. Maya and Lilith are the two feisty Sirens in the Borderlands series.  Painted in signature bright blue tattoos, Sirens are few and far between, but not in the world of cosplay!  Many have created epic costumes of Maya and Lilith, with cosplayer WindoftheStars potentially being the most well-known for her astounding Lilith cosplay.  Partnering up with cosplayer Daydreamernessa as Maya, these two Sirens are surely ready to conquer the land of Pandora in epic style.  Truly amazing! Even though World of Warcraft has been around for nearly a decade now, its popularity is still astounding, which is why it comes to no surprise that you guys chose this beautiful cosplay of World of Warcraft’s Tyrande Whisperwind as your Most Epic Cosplay of the Week.  The stunning Night Elf, portrayed by SamuiCosplay, is known for her teal hair and pale pink skin tone, and thanks to Samui, she is brought to life in epic fashion.  This cosplay was crafted to perfection, including all of the intricate details necessary to embody Tyrande, and it is surely worthy of this week’s number one spot. This Freddy Krueger cosplay by Kana is surely worth a mention.  Whoever thought Freddy could look so adorably sexy?!

Check out our previous Most Epic Cosplays of the Week winners in the features below:

Want a chance to be featured in next week’s list? Be sure to submit your photos to our Tumblr page!