6 Must See Tim Burton Films to Watch This Halloween 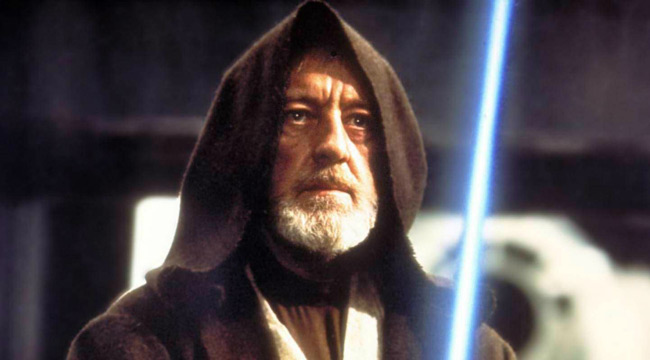 If I were to ask you to think of the wisest and most intelligent group of individuals in the history of the galaxy, who would you come up with? The Masons? A government intelligence agency? Or would you think of a group far more powerful?

The Jedi have been a source of power and peace in the galaxy for thousands of years, and their abilities and sagacity are traits to be desired. But being a Jedi is more than just waving your hand around and wielding a lightsaber. It takes great discipline, training, and sacrifice. So, if you want to know what it takes to join the Jedi Order, despite the fact that anyone reading this is far too old to join, then read on. First and foremost, the Jedi Order uphold and fight for peace. They fight not just for peace throughout the galaxy, but also search for serenity within themselves. This endeavour inevitably leads to the Jedi having calm demeanors and the ability to think logically and see solutions to problems where others see only failure.

As with most of the attributes you must obtain in order to become a Jedi, determination and practice are key. Start by learning to accept that some things are beyond your control, and that those things aren’t worth fretting about. You can choose to be happy and calm, and with repeated efforts, that choice will become part of who you are.

Another key aspect of the Jedi personality is being unattached from the world and from those around you. Jedi take no pleasure in worldly things or, for the most part, interpersonal relationships. You don’t need to shut out the world, you simply need to exist on a higher plane. A huge part of the skillset of a Jedi is possessing a vast knowledge of, well, pretty much everything. From ancient wars and planetary systems to current events and the workings of the universe, the Jedi are an overwhelmingly intelligent group. The Jedi Archives are described as a “deep well of knowledge,” which also describes a Jedi’s mind.

The key to gaining all this intense knowledge is strict self-discipline. Instead of studying, you’ll want to be out swinging lightsabers and using The Force. But you must begin with the basics, which includes intense learning and education.

Now, you probably don’t have access to the Jedi Archives, so start where you can. Just hit up Wikipedia and go to town. So, you’ve got the personality and the brains of the Jedi? Now’s the time for the easy part: Looking like a Jedi.

Jedi apparel is simple, and usually is made up of trousers, a tunic, and a robe, typically in shades of brown or grey. Many Jedi also adorn their feet with boots and sport a simple and minimalistic utility belt. There are not many rules to follow when choosing your robes and your appearance, but some guidelines should be followed:

First and foremost, the robes must be easy to part with. Often, a Jedi must remove his cloak, especially for battle. You should not hesitate to do so, and be able to leave any garment behind, which shouldn’t be a problem with your new attitude of nonattachment.

Second, the robes must look epic. Nobody ever set eyes on a Jedi and thought that they looked feeble. Your robes are a symbol of who you are, and the power that you hold.

Third, and this is optional, but a solid beard never hurt a Jedi. In fact, many members of the Order don full facial hair. Again, this isn’t required, but highly recommended. Here’s what you’ve been waiting for. Constructing a lightsaber is a rite of passage for a new Jedi, and must be handled with great care. For the most part, Jedi typically use a simple hilt with a colored crystal to give the weapon the signature Jedi look.

However, the possibilities and customization options in building your own lightsaber are endless. The most important thing is to make sure that your lightsaber suits your needs. Whether you stick with the standard, two-handed saber, or take a more radical approach and go with a double-bladed saber, staff, whip, or perhaps the new and controversial cross-guard saber, you need to be comfortable and skilled at wielding your chosen weapon. Owning a lightsaber is fun and games until someone loses an arm, which happens frequently, so use one with care. The final and, undoubtedly, most important step in becoming a full-fledged Jedi is a deep understanding and connection with The Force. Remember, “The Force is what gives a Jedi his power. It’s an energy field created by all living things. It surrounds us and penetrates us. It binds the galaxy together.”

I can teach you a great many things. I can give you details on how a Jedi should live their life, how they should look, and how they should build their weapon. But I cannot teach you how to use The Force. This is something that you must seek out for yourself, and come to understand through patience, perseverance, and meditation. But once you have gained a command of the greatest power in existence, do not abuse it. This will only lead to suffering and the dark side.

Use The Force for good, to become a true member of the Jedi Order. And, if you follow the steps I’ve outlined for you, you can become a great source for peace and prosperity throughout the galaxy.