Nothing but Lust for this Perfect Cosplay of Panty Anarchy

Poison Ivy is Ravishing in Cosplay by Evey Dantès 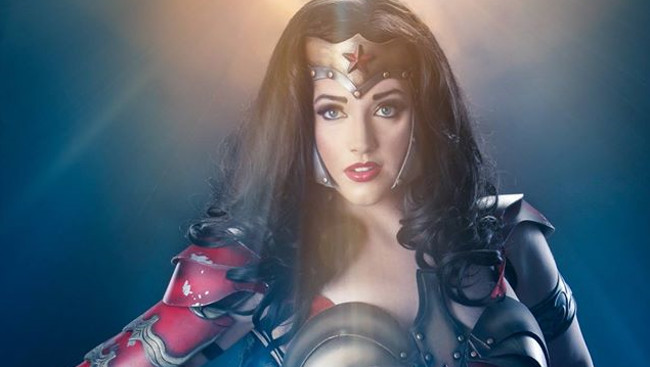 DC Comics website opens up Wonder Woman’s page by claiming that she’s the most famous heroine of all time. And with good reason. While she’s joined by many amazing sisters, no other fictional female character has been plastered on as many magazine covers, adorned as many t-shirts and other apparel, or sold countless comics, dolls, and action figures such as Wonder Woman has. She’s the full package of beauty, brains, and brawn, and has been a feminist icon since her introduction in 1941. Her story begins as Princess Diana of Themyscira, known as the immortal Amazons from Greek mythology. When army pilot Steve Trevor crashes on the Amazons’ secluded island paradise, Diana wins the right to escort him home and make her people known to the world. Entering our cynical world for the first time, there’s a lot she must wrap her head around. Helping her are her superhuman strength, speed, and tenacity, as well as the trademark bulletproof bracelets and Golden Lasso of Truth. Torn between a mission to promote peace and her own warrior upbringing, Wonder Woman fights evil while hoping to unlock the potential of a humanity she doesn’t always understand.

Wonder Woman has appeared in comics almost continuously since her debut, with only a brief hiatus in 1986, and has been a member of the Justice Society and Justice League for decades. In addition to the comics, she has appeared in the Wonder Woman TV series, starring Lynda Carter, as well as animated series such as Super Friends and Justice League, along with various video games. Since Carter’s TV series, studios have struggled to introduce a new live-action Wonder Woman to audiences. The 70+ year wait is finally over. In 2016, actress Gal Gadot will portray Wonder Woman in the film Batman vs Superman: Dawn of Justice. There’s never a bad time to cosplay as Wonder Woman, but it’s especially relevant now that she’s finally making a cinematic debut. Like most comic book mainstays, Wonder Woman’s costume has gone through some changes over the years, but her signature colors and look are always very identifiable. A red, form-fitting top with a gold crest, deep blue skirt or pants emblazoned with stars, a gold tiara with a red star, the impenetrable bracelets or bracers, long, thick raven black hair, a strong body, and that iconic golden lasso. Here, Callie Cosplay gives us a new rendition of Wonder Woman that’s in keeping with her style, while giving knowing nods to Greek armor and gladiators. The armor work is amazing, and the gladiator style skirt is perfect for the theme. This is a creative take that’s also very fitting. Love the tiara being shifted into a half-helm. Of course, Callie’s styling and makeup is on point. Callie looks so strong, so sure, and perfectly Wonder Woman.