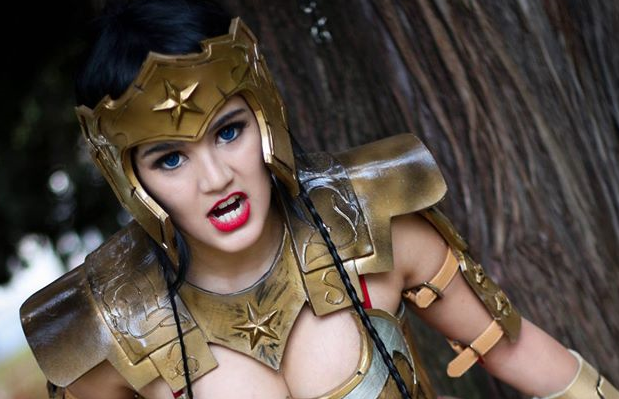 Wonder Woman cosplay has been a symbol for justice and bravery for many years now.  Many young girls grow up idolizing Wonder Woman for her powerful demeanor and valiant, heroic acts of morality.  While she originated from DC Comics’ comic books, she has also appeared in TV shows, movies, and video games.  The most recent video game she appeared in was Injustice: Gods Among Us, the epic fighting game featuring an all-DC roster. Cosplayer Francine Caroline Cosplay chose to cosplay as the Injustice version of Wonder Woman– and with stellar results!  Francine evokes the same aura of heroism and supreme justice as Wonder Woman herself.  Totally epic! A Cosplay of The Legend of Zelda’s Twilight Princess, Midna