The Best Moments in E3 History 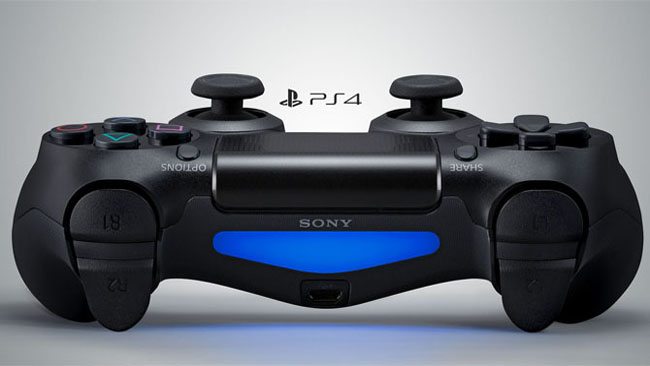 Everything you Need to Know About PS4 and What to Expect from Sony’s Newest Powerhouse Console! We are soon launching into a new era of console gaming, my little epic followers, and first on the list is Sony’s next installment, the Playstation 4. Consoles have long ago moved on from being “just a game system”. They are now full blown, all in one entertainment machines. With the release of the Playstation 4 this week, as well as the Xbox One next week, the console gaming world takes it to the next level of power, entertainment, and beauty. Games will be faster, sleeker, and more realistic than ever before. Video games and the technology that make them possible have now become something we could have only dreamed of way back in the days of Atari and Pong. It truly has become its own art form and consoles like the new Playstation 4 and Xbox One (not to mention PC!) help usher us into a new era of innovation. So how do you know which system is right for you?

Fear not, for we here at All That’s Epic are going to help you with a handy dandy guide to both systems so that you can make an informed decision and choose the right system for you. This week we are going to take a good look at the Playstation 4 in all its glory to see exactly what the sleek black box of joy has to offer. Here you will find a list of all of the magnificent perks that come with the PS4, as well as all of the badass exclusives coming your way at launch. Let’s read on and see what the Playstation 4 has in store, shall we?

What’s in the box? What can you expect when you open up your new Playstation 4? Once you bust open the box you will find the Playstation 4, which comes with a 500 GB removable hard drive. While that may seem like a lot keep in mind that while the hard drive size has grown tremendously, so have games and the amount space they will take up on the hard drive. Sony will require games to be installed via disk, some taking up to 40 GB and as of right now the PS4 will not support external hard drives. The system includes a slot loading Blu-ray/DVD drive, Bluetooth 2.1, 2 USB 3.0 ports, and built in 802.11n Wi-Fi. Once you turn the system around you see an optical port for audio, an Ethernet port, an auxiliary port (for accessories like the Playstation Camera, which can be purchased separately for $59.99 at launch), and an HDMI port. This isn’t anything new, but it is different in that the HDMI is required to use the PS4. The days of component cables are over, so if you are still rocking that old school TV, it might be time to upgrade. Don’t worry, you don’t have to shell out extra cash for an HDMI cord, Sony provides you with one right in the box, as well as a USB cable and a single eared mono headset that plugs right into the controller. You get one Dual Shock 4 controller at purchase, but of course you can purchase more if you choose considering the system can host up to four controllers at once.

As far as the PS4 and its innards, the cell processor is a thing of the past, which will hopefully make games easier to develop, which means even more content that ever. The system now boasts an X86 AMD custom CPU with 8 cores and 8 GB GDDR5 RAM and plenty of custom chips to make things like downloading games and chatting a much easier experience.

What can this bad boy do? For starters, there will be a required day one 300 MB patch that you must download before you can really dive into the fun. The patch will enable you to immediately utilize most of the really awesome features the PS4 has to offer, like the ability to stream content to your Playstation Vita, download games in the background while you game, and share games online. You must also download the patch if you want to use your system as a DVD/Blu-ray player, but if you don’t want to connect to the internet US users can request a disk that will enable the function. You won’t be able to play MP3’s or CD’s on your system anymore though, which is kind of a bummer.

The streaming and sharing capabilities the PS4 are easier and better than ever, but I wouldn’t say they are perfect. You can now immediately share things during game play thanks to the share button that has been added to the controller, and players can even share game play through streaming services like Twitch and Ustream. There will be a new feature called “Game DVR” that will capture the last 15 minutes of your game play in a continuous stream. Catching screenshots can happen anytime you feel like it and you can edit videos the service. Editing can also be done on Facebook as well as screenshots on Facebook and Twitter. Sony is strict, though. It is not an easy task to share anywhere that isn’t designated by Sony. Players will not have the ability to export any video anywhere other than Facebook, including your own computer. YouTube is among those that won’t be immediately available to export your videos to, though Sony did indicate it could be added later. Another yuck factor: any capture device you want to use through the HDMI port won’t work at launch.

Playstation Network will be going through some changes as well. While things streaming services like Netflix, Amazon Prime, and Hulu Plus, as well as the above mentioned streaming abilities will continue to not require Playstation Plus, if you want to play online with your friends you will have to drop the $50 bucks a year to do so. Playstation Plus does have its perks, such as tons of free games and discounts, it is understandable but disappointing that online play service will mirror the paid Xbox Gold that Microsoft requires, but at least it is still $10 cheaper. The new Dualshock 4 controller has had a bit of a redesign and some nifty added features. They have improved the analog sticks and placed the triggers in a more natural, comfortable place. As mentioned briefly above, there is now a share button that will allow players to share video and screenshots with friends without interrupting their gaming sessions. There is a new built-in speaker, and the motion tracking adds fresh elements to games without overwhelming players that don’t want a “Wii-like” gaming experience. There is also a touch pad added that mirrors the touch pad capabilities of the PS Vita.

Speaking of the Vita, one of the most attractive features the Playstation 4 has to offer is the intertwining of the PS4 and Vita with the Vita Remote Play. Basically, if you don’t feel like sitting in your living room and playing on your TV, you can turn off the PS4 but continue your game on your PS Vita. This only works in your home for now, but it is a monumental new feature. With the ability to “cross buy” some PSN games (meaning if you buy it on the PS4 it works for Vita as well), this new capabilities will hopefully breathe new life into the Vita and bring a fun new element to home console gaming.

One of the plus sides of the Playstation 4 is that rather than making you pay an extra $100 dollars for an accessory you might not even want, *cough, Kinect, cough*, you can chose to buy the Playstation Camera separately. According to Sony, it can pick up on voice commands and see players’ movements with its two cameras that work together to recognize the faces of individual players. It can be purchased for $59.99.

While things like graphics (by the way, the Playstation 4 is said to have the slight edge on Xbox One in the graphics department, including having some games that run 1080p while the can only run 720p on Xbox One), a huge factor in the decision of which console to buy falls on the exclusive games each one has to offer. There are tons of fantastic launch options that will be coming to both consoles, like Assassin’s Creed IV: Black Flag and Battlefield 4, it is games like Knack and Killzone: Shadow Fall that set the systems apart. The launch exclusives aren’t the only games to get excited about, because Infamous: Second Son and The Order: 1886 are right around the corner. The Playstation 4 will be launching with 23 great games at your disposal.

There you have it, my friends. The Playstation 4 in all its glory. If you are still on the fence make sure you stay tuned for our next installment where we go over everything Microsoft has up their sleeve with their newest console, Xbox One!