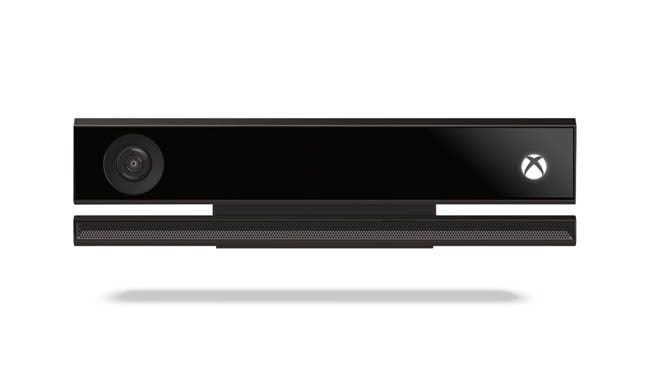 The One day we’ve all been waiting for is finally here! The day of the Xbox One’s launch. With an All-In-One system that’s designed to fit the specific needs of each individual player, the Xbox One delivers not only as a next-generation gaming console, but also as an entertainment one. Microsoft invites you all to never miss a moment, now that all of your favorite movies, games, TV shows, and music are all located in One location. Though the Xbox One is a tad bit more pricier than their competitor, the Playstation 4, a lot of you may have forgotten that the Xbox One comes bundled with a Kinect. Ahhh, yes, the controversial Kinect. A lot of concerning questions sparked when Microsoft revealed several characteristics of their motion capture device. Let’s continue, and take a good look at all the facts on the Xbox One’s Kinect.

What Exactly Does the Kinect Do? Well, that’s not something I can answer in short, so therefore, I’ll go into detail (you asked for it, kid). The Xbox One’s Kinect can do a great number of things. Firstly and most importantly, it implements all voice and motion control–allowing users to give certain commands to their Xbox, such as ‘Xbox on’, as well as enhancing gameplay experience for players, overall. This little box captures everything in 1080p quality–an incredible comparison to the 360’s Kinect, which captured everything through a VGA sensor. Though players don’t necessarily have to utilize the Kinect in order to navigate through their menus, usage of the Kinect will be required for player recognition, as well as voice commands.

Why is the Kinect Considered ‘Controversial’? Well, in light, the Xbox One’s Kinect has been considered your living room’s ‘all-seeing-eye’. Players became concerned that since the Kinect is always listening for voice commands, that it’s always turned on. Given the fact that it was seemingly always on, and it had a constant connection to the internet, this made players somewhat uneasy, to say the least. In response to this concern, Microsoft responded by explaining that the Kinect can, indeed, be turned completely off. “By design, you will determine how responsive and personalized your Xbox One is to you and your family during setup. The system will navigate you through key privacy options, like automatic or manual sign in, privacy settings, and clear notifications about how data is used. When Xbox One is on and you’re simply having a conversation in your living room, your conversation is not being recorded or uploaded,” according to Microsoft. When your Xbox One is off, the Kinect will solely be listening to the one command ‘Xbox on’, and even at that, you can disable that feature, as well.

Certain apps and games on the Xbox One require retrieval of specific data, such as: facial recognition, photos, heart rate, and more. But the one thing that Microsoft wished to stress was that you, as the player, are in charge of all this data. Say you’re participating in some sort of fitness game, and the Kinect is required to retrieve data on your heart rate, in order to increase the overall workout experience; you’re still in control as to whether this information leaves your Xbox One, or not. Again, if you still feel uneasy about the Kinect, you can always pause it and use your good old-fashioned controller in order to navigate through menus, and the like.

Okay, Can We Talk About Games Now!? Alright, alright! Now lets get to the good stuff–the Kinect games. Though the majority of Xbox One titles utilize the Kinect’s capabilities in one way, or another, there’s only a few games (as of right now) that are considered ‘Kinect Games’–three, to be exact. The three games, include: reboot Killer Instinct, Kinect Sports Rivals, and Zoo Tycoon. Through Killer Instinct, it uses the Kinect’s facial recognition feature. The Kinect will be able to recognize players, and load their favorite playable characters and unique control preferences without any sort of delay when it comes to be their turn. In regards to Kinect Sports Rivals, it’s completely Kinect-focused. In this sequel to Kinect Sports, it makes its comeback with bowling, jetski racing, rock climbing, soccer, target shooting, as well as tennis. With the Xbox One’s Kinect, it’ll be able to scan players’ bodies, and put their own image into the game itself, also improving overall precision. Lastly, through Zoo Tycoon, the Kinect gives players (of all ages, might I subtly add), the opportunity to feed, play, and even dance with all the animals located within your zoo–a unique way of ‘bonding’ with them.

Overall, the Kinect not only enhances the gameplay involvement for players, but improves the Xbox experience, as a whole.