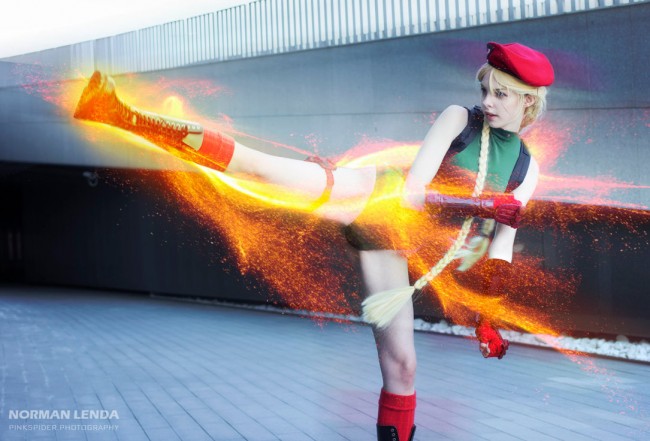 Feel the Might of this Epic Cammy White Cosplay

Cammy White has been a staple in the video game industry for many years now.  She is one of the most well-known fighters in the highly acclaimed Street Fighter series, which began its fighting genre reign in arcades in the late 80s.  She is brave, brutal, and has quite an appealing appearance that cosplayers love to recreate. Cosplayer Satsu Mad Atelier makes an incredibly epic Cammy White in her Street Fighter cosplay that is truly ready to hit the streets and fight in badass style.  Satsu Mad Atelier’s costume is perfectly intact and is made even more impressive in partnership with photographer pinkspider. This Mad Moxxi Cosplay Will Leave You Yearning For More