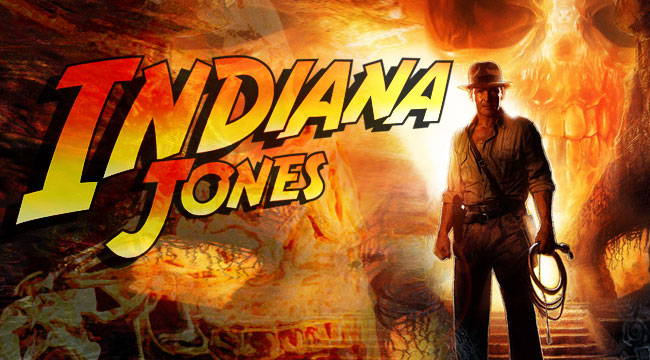 Dissection of a Series: The Indiana Jones Movies

In this new feature, we will examine famous sagas or series of films and breakdown each film to do a full dissection of the series as a whole. The first edition will be the Indiana Jones films which consisted of four action adventure films, three of which released during the 1980s and another in 2008. All starred Harrison Ford as the title character, all were directed by Steven Spielberg and all had a story credit given to George Lucas.

The first film in the series is the only one which doesn’t carry the name Indiana Jones in the title. However, it does have an interesting title that rolls off the tongue and sounds interesting without even knowing the plot synopsis. The plot here is that Indy is hired by the government to find the legendary Ark of the Covenant before the Nazis get their hands on it. Simple enough, and the film is the most fun and adventure style film in the series. As a youngster, it is a rocking good time and scary at some points however it feels like a roller coaster. There are ups and downs but, at the end, you can’t wait to do it again. There are iconic scenes, such as the master swordsman who approaches Jones in the town square swinging his sword and ready for a fight, then in a hilarious and quick moment, Indy whips out his gun and shoots the man and walks away. As it turns out, this scene was not written, instead Harrison Ford asked Spielberg to try this approach because it was the last day for the crew in that location and Ford didn’t want to do another elaborate fight scene. Spielberg agreed and it turned out to be the best and most memorable scene in the movie.

The second film in the series is meant to be a darker adventure and take people by surprise, yet still have a steady and confident main character. This is a great way for people to fall more in love with a main character, when things are dark and gloomy, we can always count on Indy to be a bright spot on the screen. The plot is that Jones is approached by a village in India to find a precious and mystical stone. As he searches, he stumbles upon a secret cult plotting a horrifying plan in the catacombs of an ancient palace. This time around he is joined by the unintended star of the film for many and the comic relief of a character called Short Round, played by a young Jonathan Ke Quan. Jones is captured, tortured and sees terrible things conducted by this cult like decapitations and the eating of monkey brains, yet the film still got a PG rating (there was no PG-13 at the time of the film’s release.) This time around there is less humor and fewer car chases and more covert sneaking. The casting of Kate Capshaw as the love interest in this film was deplorable, if only because her constant shrieking is so annoying that it becomes comical. However, I’ll give it a pass because she ended up marrying Spielberg so he obviously saw something in her that he liked. Here’s a drinking game: Do a shot every time she says, “Indy!” You won’t see the ending of the film which is not as memorable as the first film’s closing.

In what was to be the final film in the planned trilogy, Indy receives a diary with a map and clues to find the Holy Grail from his father. When he learns that his father has now disappeared, Indy heads to Italy to find Dr. Henry Jones. After collecting his dad in dangerous Nazi territory, the two of them attempt to find the Holy Grail together. This film is the first Indiana Jones film that features a co-star, with Sean Connery playing Indy’s father and it tries to go back to the fun and adventurous tone that “Raiders of the Lost Ark” had. This film features quite a few car chase scenes that are very well done and while I’m not a huge car chase fan, I don’t mind them if they are fun and well done. Things are on a bit of a bigger scale than “Raiders” but otherwise the two are very similar. Nazis, fun music, chases and a race to find an object first are all the trademarks of a good period piece action film and this film nails all of those with a little comedy mixed in. This also has the best ending of any of the Indiana Jones films. The puzzle scene in the cave to get around booby traps and the choice of deciding which cup to drink from is very fun and tense at the same time. The first time I saw that scene was in Sunday school when I was about 12 and it is the exact type of scene that should’ve ended a great trilogy of movies.

“Indiana Jones and the Kingdom of the Crystal Skull” (2008)

However, Indiana’s adventures weren’t done. At least that’s what George Lucas and Steven Spielberg thought. Despite audiences’ mixed feelings, a fourth film was released with an aging Harrison Ford, thus the movie was set in the 1950s, as opposed to the 1930s as in the first three films. This time, instead of Indy going up against the Nazis, he becomes entangled in a Soviet plot to uncover the secret behind mysterious artifacts known as the Crystal Skulls. The film co-stars Cate Blanchett and Shia LaBeouf and is not very good. It once again tries to take a tone that “Raiders” set, however things just get ridiculous on the journey and the ending that I probably shouldn’t spoil is totally uncharacteristic of the franchise and out of left field. There are some defenders of the film, however I am not one of them and I don’t think the film needs much attention. For me the series is perfect for the 1980s, not 2008 when CGI and more advanced stunts are capable. The beauty of the first three films is that they are done with stunt men or with the actors, themselves. The films don’t rely on computer generated effects or other ridiculous stunts that are in every cheesy action movie released now.

So, that is a look at each of the films in the Indiana Jones serial. Everyone has their favorite; I would bet that most people prefer the adventure and humor of “Raiders of the Lost Ark.” However, there are those that have a special place in their heart for the dark tone of “Temple of Doom.” For me, I enjoyed “The Last Crusade” the most. It is the most polished adventure and humor based film in the serial and closes things beautifully. What is your favorite Indy film? What series would you like us to dissect? Next time we will be looking at the National Lampoon Vacation series.