Kaname Madoka Cosplay is Cute, But Not So Innocent

Fall In Love With This Faye Valentine Cosplay 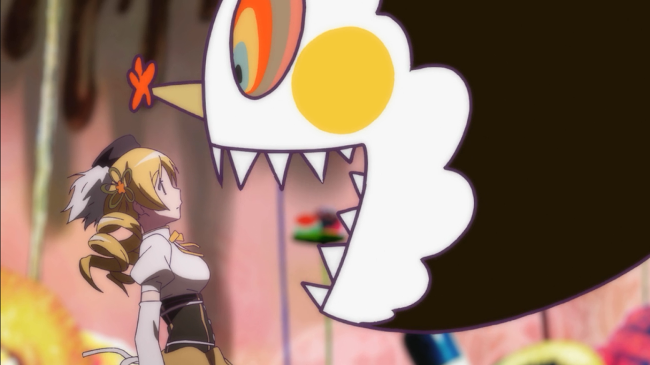 Anime is built from shocking moments that can either capture a fan’s heart or leave them mentally scarred for life. There are so many memorable moments in anime history but these five scenes stood out to me the most.

Spoiler Warning: There are spoilers on this list so please read at your own risk. Even from the start of the epic Naruto series, fans knew that Sasuke and Naruto’s rivalry and friendship would be legendary. However, no one expected that this relationship would be sealed with an accidental kiss. I ranked this scene at number five because a kiss was the last thing I expected to see from a stare down between two manly souls but that is what they get for sitting so close to each other.

4. Attack on Titan: Eren Getting Eaten Almost every episode of Attack on Titan has gory deaths but even with all of that happening around Eren, the last thing we expected was for the main character to get eaten by a giant naked cannibal. It happened so fast that I had to play the scene over again to confirm what I just watched. I basically made the same horrified face as Armin did when he witnessed his friend’s death. I just met Eren, how could he die so quickly? The shock factor wouldn’t last very long considering that it was so early in series but I was excited to figure out how Eren was going to come back later.

3: Durarara: Mikado is the founder of the DOLLARS After his friend, Masaomi, spent the first part of the series trying to protect Mikado from the DOLLARS, I knew that he was eventually doomed to fall into the heart of this mysterious gang. What I didn’t expect to find was that he actually created it! This is one of my favorite twists in anime because the story was taking what I thought was a predictable direction and then completely flipped the entire series over. A country boy starts a gang that cleans graffiti up? It’s amazing what kids these days can do with the internet. Just as I was starting to believe that Madoka Magica was just another cutesy magical girl show, Mami gets her head bitten off. This scene was not only a turning point for the series but the entire magical girl genre. No one expect a character that is in the opening theme to die in episode 3! Mami’s death showed just how much danger Madoka was facing if she decided to be a magical girl and that an extremely sinister force was work. Episode eight, man! All the feels that were going on is this episode were almost too much. The loss of Team Gurren’s charismatic leader was incredibility devastating to both Simon and the viewers. I think the worst part about this scene was for a moment I thought he was going to pull through. Kamina’s charismatic energy and motivation is what drove Simon to move forward when he was gone, his future turned dark.

These scenes are the ones that stood out to me the most. There are so many awesome moments in this genre it’s hard to limit them to five so I’m curious to know what yours are? List them in the comments or let us know on our Facebook and Twitter.