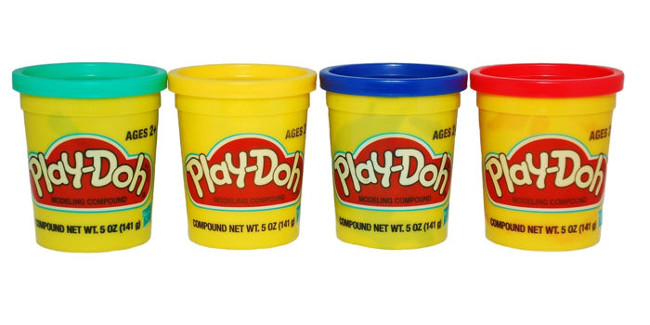 The LEGO Movie has brought a lot of attention on itself as well as the future of LEGO based films in the future. I’d even say there would be a spike in the attention for the same LEGO games across various consoles, but I’m no professional there when it comes down to those actual statistics. I’ve even purchased a few of them myself, and they’re enjoyable.

Making movies with creative toys for kids, as well as us adults, seems to be an avenue that most are willing to risk. Deadline has also reported that Paul Feig (Bridesmaids) will be in negotiations for a while to discuss a Hasbro Play-Doh Movie. Paul Feig is also working on the new Ghostbusters film with Jason Micallef taking on the script himself.

It would be hard to imagine a Play-Doh movie, but it could also tie in with LEGOs? The nice thing that has been pointed out is that there is a smooth transition between the movies and the games that we have seen in the last couple of years.

Moving to the Play-Doh side of filmmaking could be risky but then again we did mention that idea before The LEGO Movie released and that “Everything is Awesome” refuted leaving our mouths. Considering LEGO Movie grossed $658 million worldwide, and cost nearly $60 million to make, it was a good $600 million profit.

As of now, there is nothing really set in stone, or hard Play-Doh in this case. Stay tuned for more Play-Doh movie news!