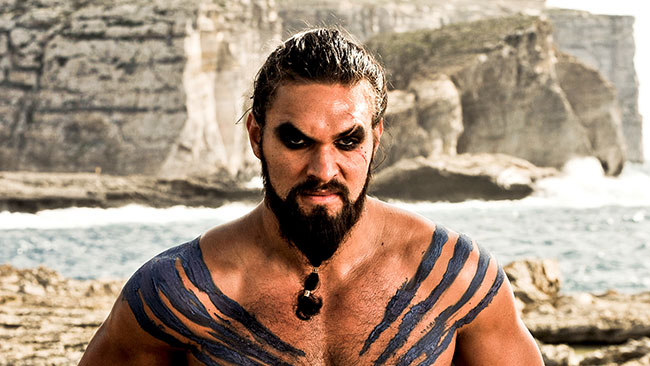 The Dothraki haven’t appeared all that often throughout the whole course of Game of Thrones, but they have played a critical role in the storyline of Daenerys Targaryen. Daenerys became a khaleesi of Khal Drogo in season 1. She lost the support of his khalasar, but the end of the season did lead to the birth of her dragons. Now, Daenerys finds herself among the Dothraki once more. This time she’s much surer of herself and her ability to rule.

She made quite a decisive power play that killed all the great khals and left the people in awe of her. She may have held sway over Khal Drogo as his khaleesi, but now she may rule all the Dothraki people herself. How will she do it? Will she inspire them to less cruel or patriarchal ways of life? Will they respect her as their ruler in addition to being in awe of her?

We’ll probably have to wait to find out, but for now we can better understand the Dothraki by exploring their history in the world of Ice and Fire. This history includes the Horselords, whose steeds are central to their mythology, their diet, their culture and their martial power. Here is the history of the Dothraki in Game of Thrones. Essos is Huge. It’s about as large compared to Westeros as Eurasia compared to Western Europe. The Dothraki Sea is the biggest region in Essos making up almost all of its inland area so we could imagine it being as big as all of China or Russia. The rolling fertile grasslands of the Dothraki Sea are believed to be a likely point of origin for many of the peoples that populate the series, including the Andals and the First Men before they migrated to Westeros.

The Dothraki themselves are believed to have originated from the Bone Mountains. This massive mountain range marks the Eastern border of the known world described so far in the series. The Dothraki have been nomadic for their entire history. When they first arrived in the land now known as the Dothraki Sea, it boasted many great cities. The Dothraki quickly trampled what cities exited in this region with their fierce mounted army tribes called khalasars. Now only legends live on from those cities and their peoples.

The Century of Blood The Doom of Valyria had drastic consequences for all of Essos. It was immediately followed by the Century of Blood and started about 400 years before the events of the show. When the Valyrian Freehold collapsed, the lack of a centralized military to keep the peace in Essos made an opening for the Dothraki to expand their territory. They poured out from the Dothraki Sea and sacked every town and city they came upon.

The Free Cities along the Western Coast of Essos warred amongst each other making them susceptible to the rampaging khalasars. Several kingdoms that existed in Essos before the Doom were conquered and snuffed by the Dothraki during the Century of Blood. Some of these were the kingdoms of Sarnor and Ifequevron. Other cities more familiar to us in the show were also raided by the Dothraki during this period.

Many other territorial and political conflicts raged across Essos during this Century of Blood but the Dothraki were arguably the most fortunate from their conquests during this time. The exact chronology is unclear but it is possible that the conquests of this time lead to the founding or considerable expansion of Vaes Dothrak, the Dothraki central city. Qohor was a city established by some of the Valyrian refugees after the Doom of Valyria and is the easternmost city of the nine free cities. Near the start of the Century of Blood, the great Dothraki conqueror Khal Temmo set his sights on the city. Qohor had received word of Temmo’s approach, trampling towns and villages. In preparation for the kahalsar’s attack, they strengthened their walls and hired two mercenary companies to defend the city. One envoy was also sent to Astapor to purchase 3,000 Unsullied.

On the first day of their attack on the city, 25,000 screaming horse riders overcame the defenders easily. Temmo, thinking the city was easily pickings now, called off actually sacking the city until the next morning, giving his khalasar time to feast and rest. But in the night, the Unsullied reinforcements arrived. When Temmo returned to the field in the morning, the Unsullied were waiting for him, arrayed in defensive formation before the gates.

Keep in mind in the books Jorah tells Daenerys this tale trying to convince her to buy Unsullied, so questions of reasons behind why the battle played out how it did are understandable. Nonetheless, it is impressive.

“The Vampire Diaries” Season 4: Episode 17 “Because the Night” TV Recap

The Dothraki saw the foot soldiers in heavy armor before them and considered them in contempt. Armor was craven to them on top of their distaste for non-mounted combat. With their force at least 6 times greater than their opponents, the Dothraki could have easily surrounded and overrun the Unsullied. Instead they charged directly into their disciplined line. Temmo assaulted the Unsullied 18 times head on but never broke through their defense. The khalasar suffered heavily for their hubris. At the end the fighting the Unsullied had been reduced to 600 soldiers but the Dothraki suffered more than 12,000 loses. Temmo, his bloodriders and all his sons had perished before they gave up the assault. So if you’ve ever wondered what would happen if the Unsullied and the Dothraki fought each other on Game of Thrones, here’s at least one example.

Four days after the battle, the new khal lead his warriors in a procession before the city gates. Each of them cut off their hair braids and threw them before the Unsullied, signifying their defeat and respect for their foes. Since that day, the city guard of Qohor has always been comprised of Unsullied. Vaes Dothrak, which means “city of riders” is the only city within the Dothraki Sea. Its boundaries are large enough to hold every Dothraki khalasar when they gather in it but most of the time the city is empty. The Dothraki are nomadic after all. It is still a sacred place to their people. It rests at the foot of the Mother of Mountains and next to a lake called the Womb of the World. According to Dothraki legend, the first man emerged from this lake a thousand years ago already riding a horse.

The city’s structures are made up almost entirely of buildings or landmarks brought to the city by slaves from lands the Dothraki have conquered. Its gates, such as they are, are defined by two massive stone statues of rearing horses whose hooves meet hundreds of feet in the air to form an arch. Leading into the city from the gates is what’s known as the Godsway. Hundreds of idols and monuments line each side of this road, displaying the range and variety of the Dothraki’s conquests and their trophies from all sorts of peoples.

Two sprawling markets make up the city’s major districts, the Eastern Market and the Western Market. Each one is a hub of trade for the city with merchants and peddlers from the respective direction.

Warfare may be a way of life to the Dothraki but unsheathing a blade or spilling blood is forbidden in the city. That doesn’t mean someone determined or clever enough to find a loophole, like burning somebody, can’t still kill you for looking at them funny. But for the most part, the Dothraki respect the rule of not killing in their sacred city.

Daenerys spent a lot of her time as khaleesi in Vaes Dothrak. It’s where she underwent the ceremony of eating the stallion’s heart, presided over by the Dosh Khaleen. Now that she’s won over the Dothraki people, she may soon leave the city behind again as the Dothraki have done for centuries, setting out on their campaigns. It could be the start of a new era for their people, ending the tradition of raiding and pillaging and infighting and totally uniting behind one ruler. How far will Daenerys take the Dothraki? We’ll have to stay tuned to Game of Thrones to find out.