A Margaery Tyrell Cosplay Fit for a Future Queen 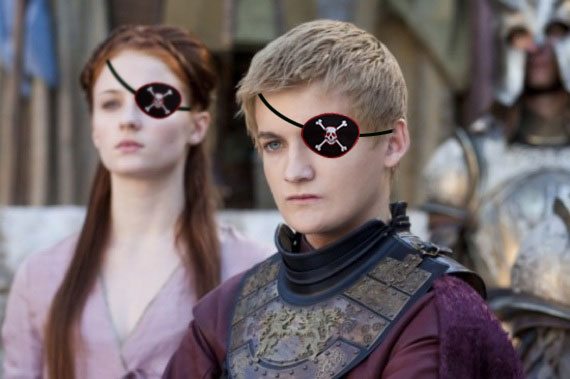 Game of Thrones is the most popular download of 2012 with roughly 4.3 million downloads and there are about 4.2 million viewers every week, here in the United States. Ninety percent of all the downloads occur outside the U.S, and within the first week of the show’s original air date.

Thankfully, Hulu and Netflix have helped with decreasing piracy numbers. They make specific shows available shortly after the premiere on television and also make them widely available for an extended period of time. TorrentFreak notes that the reason for the many downloads of Game of Thrones is the time that it takes to re-air the shows, whether online or to those with On Demand. HBO’s standards do not make the show readily available after premiere.

RELATED:“Game of Thrones” Season 3 Episodes Will Be Supersized

Dexter stands at number two with 3.8 million downloads. Big Bang Theory, #3, sits with 3.2 million, How I Met Your Mother, #4, at 2.9 million and Breaking Bad rounding out the top five with 2.5 million.

What other shows are there to make the top ten you ask? We here at All that’s Epic did some research.

With Season 3 of Game of Thrones coming this March 31st, 2013, you can predict that the same number can and will occur very easily. And with The Walking Dead on the brink of return this February, will their numbers increase for 2013?