Get Plugged in with this Rei Ayanami Cosplay 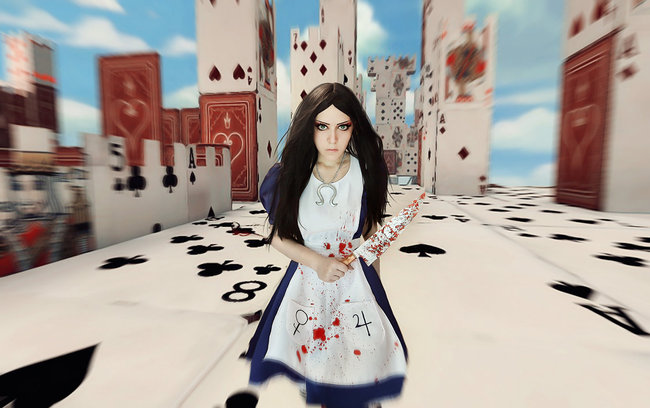 Alice went from living a comfortable and happy life with her family in Oxford to being the sole survivor of the Liddell incident that traumatized her for the rest of her days; affecting her reality and the citizens of Wonderland.  After being released from Rutledge Asylum in 1875, Alice lives under the close and watchful eyes of Dr. Anugs Bumby in old Victorian London. While she is deemed to be well enough to live and function as a normal, active member of society, her past still haunts her greatly. The deaths of her family in a fire follow her, haunt her continually, and yet, she once agains fall sinto spells of mad-ramblings and violence.

She returns to Wonderland, seeking counsel, comfort and security but unfortunately, not everything is as it seems. Wonderland has become warped by her insanity and a new evil threat, the Infernal Train, festers within. Alice must face this evil head on to save Wonderland, it’s residents, and her sanity.

Alice is a popular character in the world of cosplay and it is so easy to see why. The cosplay is simple and fun to do, yet it’s as dark and thrilling as the character herself. Russian cosplayer Dantelian has put together not one, but almost all of the variations of American McGee’s dark, yet beautiful and daring protagonist in her various skins and costumes. Not only are the costumes epic, but she’s collaborated with some talented photographers to produce some epic photo shoots suited to the theme of the game.