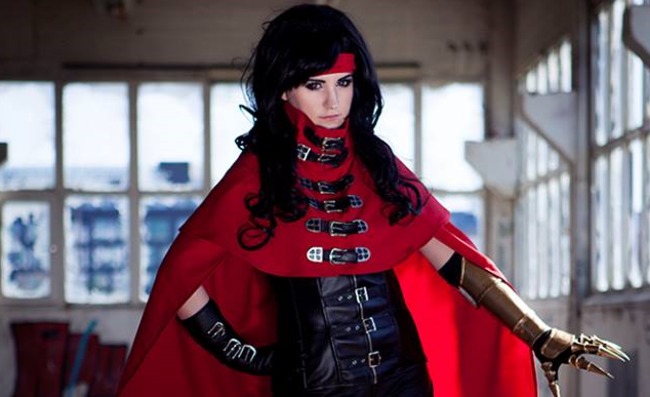 Gaming Cosplay Thursday: Experience the Dirge of Cerberus with this Lovely Vincent Valentine Final Fantasy VII is held by many to be the best Final Fantasy story arc yet. From this game, we have seen a movie and some spin off games including Dirge of Cerberus featuring the mysterious Vincent Valentine. Despite being an optional/hidden character in the original Final Fantasy VII game, Vincent is arguably one of the most popular characters throughout the Final Fantasy series. Vincent has a tragic backstory and is more of an anti-hero in the Final Fantasy VII group. After being shot and becoming a human test subject, he eventually becomes overtaken by Chaos-tainted Mako in a last ditch effort to bring him out of his comatose state. Protomateria had to be inserted into his body as well in order to offset the inevitable consequences of pure Chaos and the combination gave Vincent superhuman powers such as regeneration, enhanced strength and speed, shape-shifting, and more. He became anguished at his resulting body and spent the following thirty years locked in a basement atoning for the sins that created him. The lovely cosplayer, Zarsu.dk, from Denmark has brought us this gender-bent Vincent Valentine based upon his appearance in Dirge of Cerberus. She covers all the details in this cosplay from the unique clasps on the cape’s buckles and the brass arm and leg pieces. Zarsu.dk is predominately an anime and video game cosplayer and has several cosplays under her belt. Her attention to detail on each of her cosplays is impeccable as she truly brings each of these characters to life!

Photography by Kenny Hansen
[signoff2]
Hey cosplayers! Want a feature of your own? Submit your photos to our Tumblr page or attach them in an email to [email protected] for a chance to appear on our site!