Powerpuff Girls Buttercup Cosplay is All Grown Up 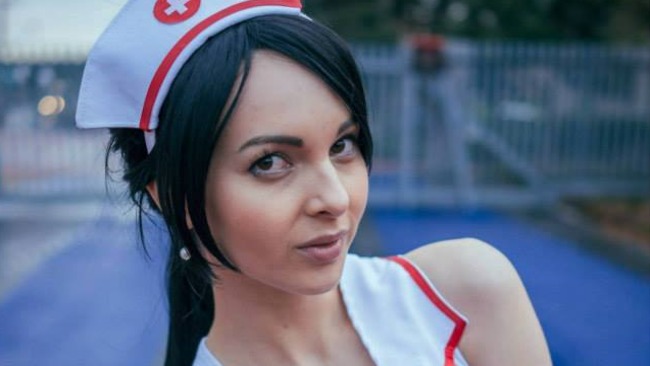 Gaming Thursday: An Epic Cosplay of Nurse Akali from League of Legends Akali, the Fist of Shadow, is a playable character in League of Legends, a multiplayer, online battle arena game from Riot Games. The game debuted in 2009 and rose to become the most played PC game in America and Europe in 2012, according to Forbes Magazine. Currently, League of Legends has a player base averaging 27 million people per day. This popularity has made for an active competitive scene, with professional championships taking place in North America, Europe, and Asia, and the ultimate grand prize of a million dollars.

A prodigious martial artist, Akali began training with her mother as soon as she was able to make a fist, with the idea that she would succeed her mother in the ancient order known as the Kinkou as the Fist of Shadow. Her relentless training was based on the principle “We do that which must be done.” While others may find her actions to be morally questionable, to Akali, her work is a doctrine that must be followed. Akali and fellow Shadow Warriors Shen and Kennen work together to enforce the equilibrium of the world, and battle in the arena known as the Field of Justice. Akali is a swift assassin, competent at moving in and out of combat, and carries a pair of kamas into battle. In general, she is played “mid lane,” taking advantage of the stealth ability “Twilight Shroud.” Unlike most champions in League, she doesn’t use mana to power her abilities. A fun thing about Akali is that her dance is a direct reference to Beyonce’s video for “All the Single Ladies.” Though Akali remains a woman of mystery, rumors about her true relationship to arch-enemy Zed abound. Is he her former lover, father, or perhaps teacher? All that can be said for now is that these are popular topics in the massive League of Legends community.

Nurse Akali is one her only skins confirmed to be part of the lore. She, along with her fellow Shadow Warriors, received medical skins because they volunteered at the Institute at the War during a contagion outbreak. The Nurse skin is more than just lore – and more than just sexy. Ten days after the earthquake in Japan, the Nurse Akali skin was put on sale for 50% off, with all proceeds donated to the American Red Cross. The sale raised more than $160,000 for relief efforts in Japan. The official splash art for the skin shows Akali in her nurses uniform giving a mandatory shot to fellow champion Amumu. Here, Fassfy brings the art to life with a sweetly sexy cosplay of Nurse Akali, complete with needle and handmade Amumu plushie.* Her nurse uniform is on point, with the flirty little skirt, peek of cleavage, thigh-high white stockings, and trademark nurse’s hat. The dress itself looks as though it was pulled directly from the splash art. A long, lush, high-set pony tail and sweeping bangs help convey Nurse Akali’s dangerous sensuality. Though she may look sweet, Akali is a deadly assassin and a morally complicated character. This is a sexy cosplay done right, with great attention to detail. Just look at Fassfy’s cool demeanor and the tears in the plush Amumu’s eyes.

Be Set Aflame by this Lina Cosplay