SDCC 2014: Ride the Pizza Thrower at the Ninja Turtles Experience

In the Name of the Moon: An Incredible Usagi Cosplayer! 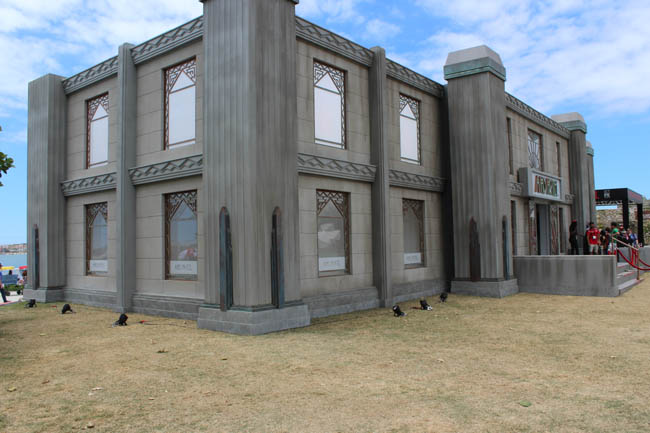 Get a Glimpse of American Horror Story: Hotel at SDCC

While at San Diego Comic Con, FX outdid themselves and gave fans a look into what they can expect from the upcoming season. A hotel was constructed for the event — though it’s not one that can be considered a replica as it’s more of a sampling, and once inside you’re thrown right into the 1920s or 1930s. There are pictures of dated, beautiful woman on each wall and the hotel itself has a classic vibe to it — for those of you who are gamers it felt like being inside Rapture before ADAM took over. Groups were let into the hotel in groups of seven, where they were put into one of seven rooms which had “cash” at their feet. Once the wind goes, participants are to gather as much cash as they can and stuff it into a black bag that was provided. Once done, players’ “cash” is tallied up and a winner is determined — who got to keep a $100 Visa giftcard. Even if you didn’t win any moolah, players leave with an American Horror Story: Hotel trading card and a keychain momento. It was definitely a great way to get fans’ hype up, throwing them into the world which American Horror Story will present later this year.

While American Horror Story: Hotel doesn’t have a set start date yet, fans can expect it in October.