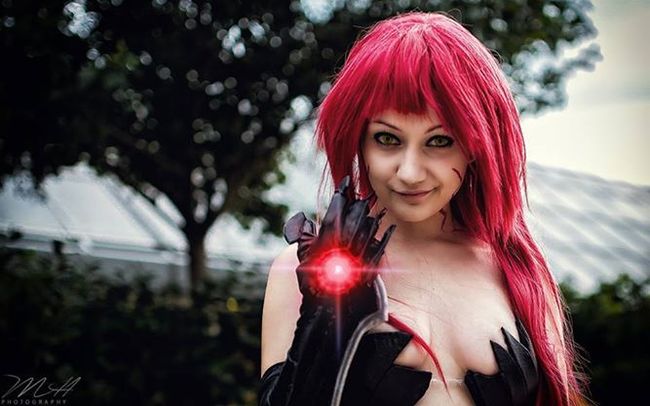 Get Blown Away by This Masane Cosplay Masane Amaha is a character is the super popular anime Witchblade. She is a woman on the edges of society, with many things causing her trouble. However, Witchblade specially chose her when Tokyo was sinking during the Great Quake. She was found after the quake with Witchblade around her wrist, not knowing who she was at all. Her troubles continued however, she ended up losing her daughter and had to fight to get her back as well as many more stresses that would later reveal themselves. Through a series of hard core and epic events Masane ends up getting hunted down, activating Witchblade and protecting herself with black armor. This cosplay by Cosplay Love Pro is fantastic! She took a really difficult costume and pulled it off with such ease and beauty. It looks just like the character! Sexy cosplays can be some of the most difficult to construct. Any flaw will be easily seen. It is clear by looking at Cosplay Love Pro’s Masane that it has no flaws. From her contacts, and makeup, to her outfit, and shoes, this cosplay is the best rendition of Masane to date! Photography by One Time Hero