A Rise of the Tomb Raider Lara Croft Cosplay

A Demonic Yet Seductive Vampirella Cosplay 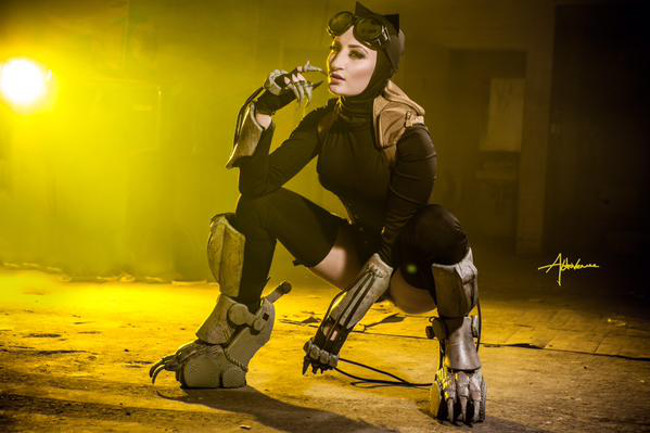 Get Caught by this Amazing Catwoman Cosplay

Forever a classic Gotham villain, Catwoman is a fan favorite of comic books fans everywhere. Catwoman perfectly embodies the femme fatale archetype with her sexual prowess and her impressive skill set. Between that and the palpable tension between her and Batman, Catwoman is a Gotham siren to be reckoned with.

Catwoman made her first appearance in Batman #1, and was initially called “The Cat”. Her more iconic appearance and attitude that we are familiar with today is more based from her “rebirth” in 1987 when writer Frank Miller wrote a revision of Batman’s origin as “Batman: Year One”. The absolutely gorgeous Holly Wolf brings us an amazingly sexy Catwoman cosplay. The hood, the goggles, and the jumpsuit are key to Catwoman’s look. Holly goes a step further with her cosplay and also brings in some claws and feline-styled boots to this epic cosplay.

This Kim Possible Cosplay is Ready for Action