Check Out This Amazing Cosplay of D.Va from Overwatch

This Tantalizing X-Men Psylocke Cosplay is Not an Illusion

Cosplay Cures: How to Keep Your Coswork Calm & Carefree 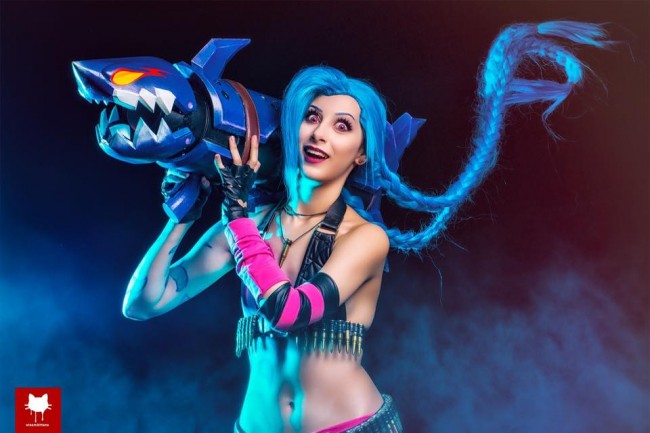 Get Hyped Up with League of Legends Jinx Cosplay

Jinx from League of Legends is known for her fierce, spunky, and fearless attitude that makes her a perfect champion to fight with on Summoner’s Rift.  She carries a machine gun along with a massive rocket launcher named Fishbones which allow her to exact swift kills in a hyperactive flurry of bullets and rockets.  Because of her slightly insane personality and her highly combat-ready attitude, cosplayers such as PsychoAngel Cosplay love becoming her. PsychoAngel not only perfects the outfit and weaponry in her Jinx cosplay, but also looks just as adorably psychotic as Jinx herself.  Awesome!