Movie Cosplay: Nothing Says Sexy like Catwoman with her Vinyl and Whip 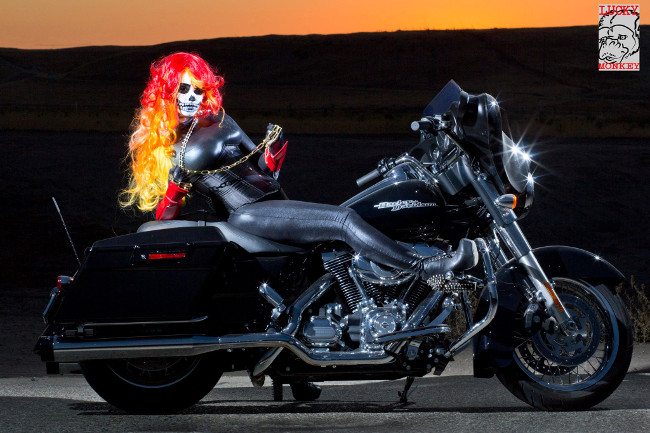 This Ghost Rider Cosplay is On Fire

Ghost Rider is a man’s man. He’s a conflicted hero/villian who traded his own soul for that of his mentor’s. How much more manly can one guy get? Let’s put a flaming skull and motorcycle in there too. However this version of the infamous antihero is not the manly demon we have all come to know and love. Ghost Rider started out as a young man named Johnny Blaze. After being traumatized by the loss of his mentor, Johnny decides to trade in his soul to “Satan” in exchange for his teacher’s life. However, this proves to be a poor choice for the young stunt motorcyclist. Now and forever more when evil is afoot or the night time comes, his flesh is consumed by hellfire. This causes him to appear as a flaming skeleton riding a motorcycle to collect his victims. There have been several other Ghost Riders since Blaze’s debut in 1972 but the original Rider will always have a place in the hearts of the fans. Genderbends, always a popular choice, take creativity and knowledge of the character to get everything just right, and still be recognizable. The inspiration for this awesome cosplay was the artwork by Alejandra Jones. Holly Brooke took that image and made it come to life in a way that makes even Ghost Rider look hot. Trading in fear for sex appeal, this female Ghost Rider cosplay is imaginative and accurate.