Beware the Dragon with this Darkflame Shyvana Cosplay 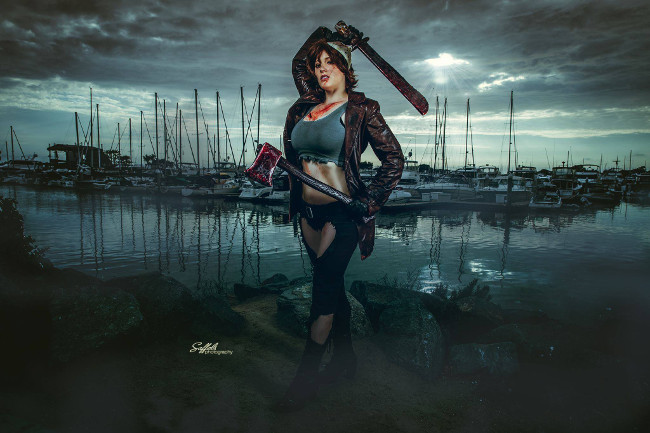 The infamous Jason from the Friday the 13th series is a horror icon.  He is the epitome of ruthless slaughter, as he has gruesomely murdered countless victims at the hand of his trusty knife.  Known for his hockey mask-clad face and dark apparel, Jason is an incredibly popular costume choice for Halloween.  While we usually see his more traditional appearance at Halloween time, talented cosplayer Abby Dark-Star used Kotobukiya’s Jason figure as inspiration for her horrifically perfect homage to the king of slaughter. With blue crop top, torn jeans, and of course Jason’s mask along with trusty killing utensil, Abby looks incredible as Jason.  Teaming up with the amazing Saffels Photography, Abby’s cosplay was given a perfectly eerie tone, putting the cherry on top of this cosplay.  Abby’s Kotobukiya Jason is absolutely perfect for Halloween, and we can’t give it enough praise.