Kennen Cosplay Brings Justice of the Kinkou to Valoran

Join the All That’s Cosplay Team! 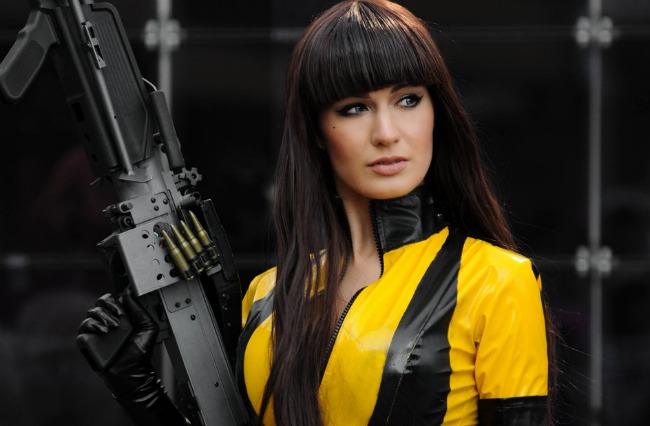 From the pages of comic cornerstone The Watchmen – Laurel, aka Silk Spectre II, is a fan favorite. The daughter of Sally Jupiter, the original Silk Spectre, and The Comedian. Laurie is the female protagonist at large for most of the series; pushed into crimefighting by a mother wanting to pass on her mantle. She is a vocal feminist and “modern woman” who shoulders a lot of humanitarian concerns alongside her quest for justice. Laurel’s story is full of sadness and strife – but it doesn’t inhibit her from kicking any ass. Even with her mom acting as agent, choosing her revealing costume, and pushing her into a more “movie star” angle of crime fighting – this leading lady has plenty of bite to go with her bark. Hannuki has a slam-dunk on her version of Laurel right down to her naturally looking like both the drawn character and the actress that portrayed her in the feature film. Her build lacks some of the shine of the latex dream that is the on-screen version of Silk Spectre II, but I think it was a great choice. The materials she used are more subtle, less something you might see in a dungeon. Her lines are extraordinarily clean and the proportions look fantastic – which is hard to accomplish with such a strongly color blocked build. Everything about this cosplay screams accurate, right down to the expressions. Hannuki is quickly becoming my go-to girl for the vision of perfection.