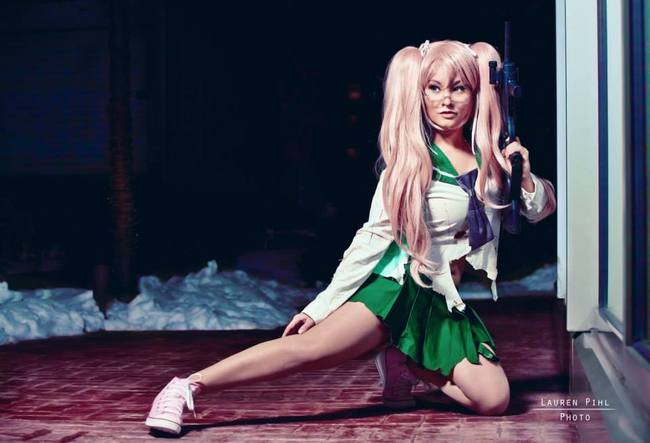 High School of the Dead is an anime that most are familiar with, adapting from the manga that was written before it. The series follows a gang of high schoolers as they take on the zombie epidemic that has struck modern day Japan. Not only do the students – and the school’s nurse, have to battle against “them” but also other survivors pose a threat, making living during Japan’s outbreak even tougher. Amongst the core group is Saya Takagi, one of the leading ladies within High School of the Dead. With her brains and brans, the girl proves herself more than useful – often using her brain in order to help out the group. However, her smarts can sometimes be her downfall, causing her to come off as both stubborn and arrogant. Generally shying away from fighting, Saya prefers to come up with the plans instead of necessarily executing them. It’s no wonder that cosplayers would take on such a figure, putting their own twists on Saya’s beauty. Ani-Mia is one of those cosplayers who has taken Saya and brought her to life. She’s taken a character that is smart, and turned into her brains and sexy with a hint of danger. Overall, Ani-Mia has done more than a fantastic job with her interpretation of Saya, and deserves all the kudos and killings of “them” ever.