Feel the Might of this Epic Cammy White Cosplay

Editor’s Pick of the Week: An Epic Wolverine and Jean Grey Cosplay Duo 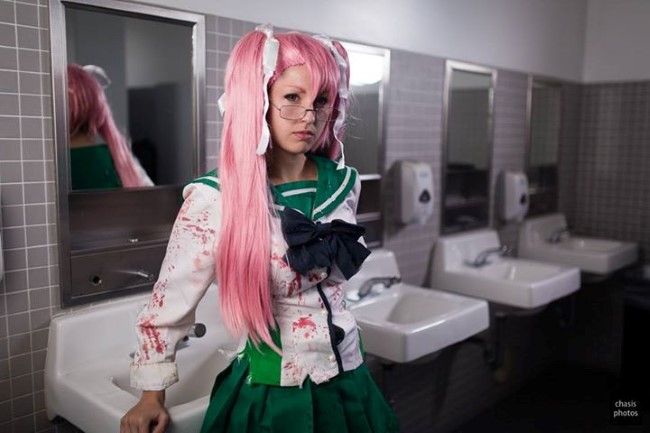 The world has been struck by a pandemic, turning humans into zombies, throwing the modern age into a zombie apocalypse known as the “Outbreak”. Highschool of the Dead focuses on Japan as the apocalypse begins and revolves around a group of teens as they fight to survive against “Them.” Saya Takagi is the genius of her Highschool of the Dead group of friends. The daughter of a well known politician, she is often the reason her friends make it out of tight scrapes. Preferring to think up strategies instead of fight, she has a stubborn streak which can cause tension. BloodyCoffee-Cosplay is still gorgeous even though her school uniform is splattered with blood. With long pink ponytails tied with stripes of fabric and glasses, BloodyCoffee-Cosplay looks intellectual yet ready to rumble. Sporting a white and green school girl uniform, she becomes a Japanese schoolgirl. The little details, such as the torn up sleeves and edges, the off-kilter bow and wrinkled skirt, along with the blood splatter, really make it seem as if BloodyCoffee-Cosplay has been involved in a lengthy struggle for survival.