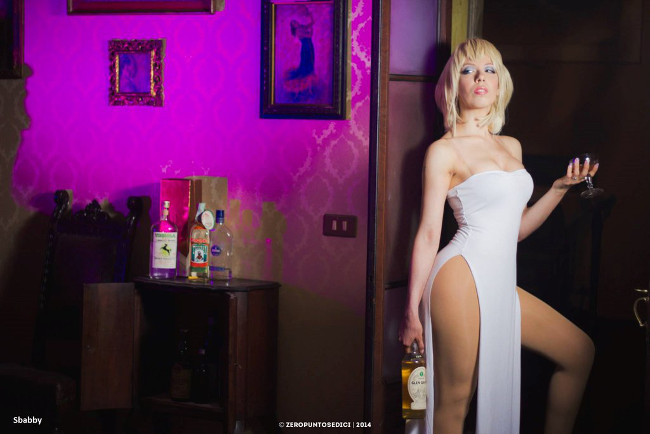 Holli Would is one of the main animated characters, known as doodles, from the movie Cool World, a film combining live action sequences with animation. When Jack, a human cartoonist, enters the world he thought he created, Holli Would makes it her mission to seduce him. For when a human and a doodle have sex the doodle is turned into a human and can cross over to the Real World. With a high level of sex appeal Jack could not resist. Escaping to the real world, she starts on a greed filled path that may destroy both worlds in the process.

Cosplayer Sbabby takes on the irresistible doodle’s persona gorgeously. With blonde hair and well executed make-up, who could possibly resist her come hither look? Wearing Holli Would’s traditional white attire, she is steamy in a strapless dress with side slits up to her hips. Wowza. It’s no wonder Jack fell to temptation.