Garona Halforcen Cosplay Will WoW You

Asami Sato Cosplay is on the Hunt for Airbenders

A Scarecrow Cosplay to Call Upon Your Fears 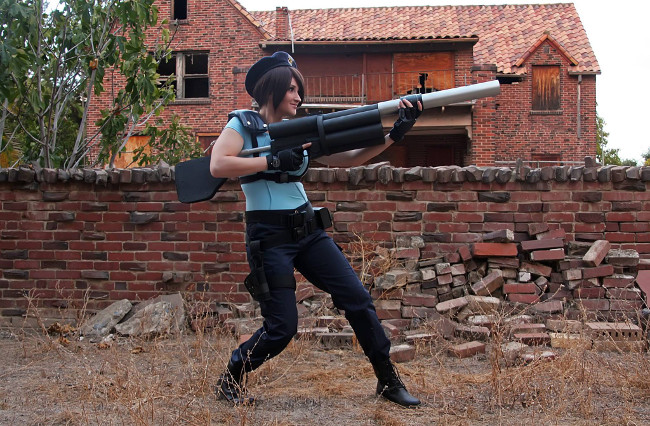 Talk about one badass woman Jill Valentine is not only beautiful but she can kick butt as well. Zombies of the Resident Evil franchise become a little less of a problem when Jill is around. Capcom definitely hit character design jackpot when creating Jill Valentine as she is noted to be one of the most attractive women characters in video games. Zombies are not the only ones who should watch out for Jill she has been known to help take down members of the Umbrella Corporation as well. Armed and dangerous Jill Valentine will do everything in her power to protect and bring the Umbrella Corporation to justice. Cosplayer Holly Brooke is ready to take down Zombies and the Umbrella Corporation in her Jill Valentine cosplay. Holly has created a look that is spot on Jill and she is armed and dangerous as well. From handguns to grenade launcher Holly Brooke is taking her cosplay seriously. Working alongside Ryan Kelly who is dressed as Chris Redfield from the Resident Evil franchise, Holly looks stunning. I am in awe over the accuracy of her costumes and the photos taken by Victor Trejo. To learn more about Holly or to see more pictures of her absolutely epic Jill Valentine cosplay follow her on Facebook.

Place Your Bets on this Epic Celestia Ludenberg Cosplay