We Can’t Get Enough of this Gorgeous Sailor Saturn Cosplay

This Katarina Cosplay is Armed and Ready to Assassinate! 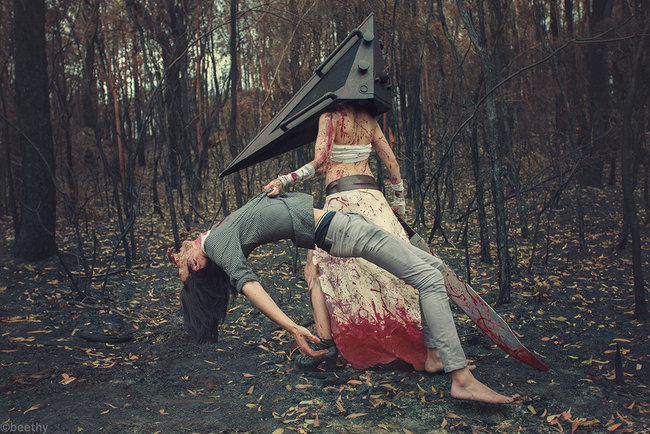 Horror Cosplay Friday: A Pyramid Head Cosplay That Will Send Chills Down Your Spine!

RUN! No, really, run! That sound of metal scraping the floor isn’t your imagination. I hate to break the news to you, but it’s the infamous Pyramid Head, also known as “Red Pyramid Thing”, “Red Pyramid” or “Bogeyman” who has been the cause of nightmares since 2001. The terrifying character was introduced in the second entry into the Silent Hill series, Silent Hill 2. The idea behind Pyramid Head, derived from Masahiro Ito, the man behind Silent Hill 2’s monsters, want for a monster with a hidden face. After chucking multiple designs, Pyramid Head was finally settled on. Nothing about he horrifying man is small, and that only adds to how intimidating he is. With a sword as long as he is tall, and a… well, pyramid that covers any facial features he has, adding to the mystery and overall daunting aura that Pyramid Head carries.