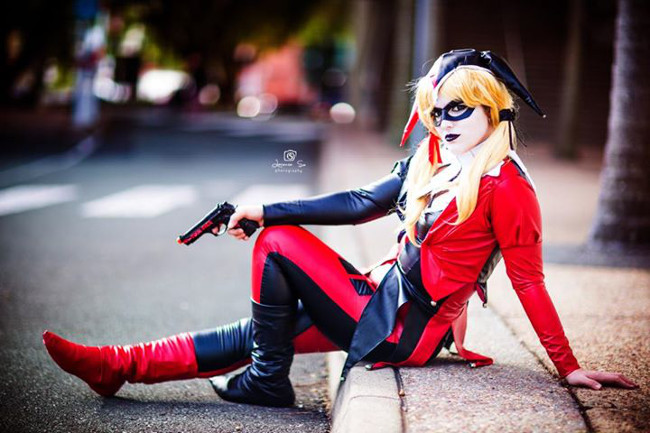 It’s All Trick or Treat with this Harley Quinn Cosplay Photography by Lorenzo So

Harley Quinn is one of the most well known characters from the DC Comics Universe, and more specifically the Batman Universe. Her wild antics and psychotic nature have made her fit right in with the villains of Gotham City. Once a psychiatrist at the Arkham Asylum, Dr. Harleen Frances Quinzel fell in love with the Joker and joined in his wild crusade with the identity of Harley Quinn.

Harley Quinn started in the original Batman animated series, and was so popular that she was brought in the comic books. She has since been present in a wide variety of comics, shows, and video games. Her character has had a wide array of costumes over the years, but she has always kept her iconic red and black jester garb. Vicky-Vic Cosplay is a perfect Harley Quinn, from the iconic jester costume to her spectacular portrayal of Harley’s antics. Bringing such a well known character to life can definitely be tough, but Vicky-Vic has no problems as this fantastic and fun character.